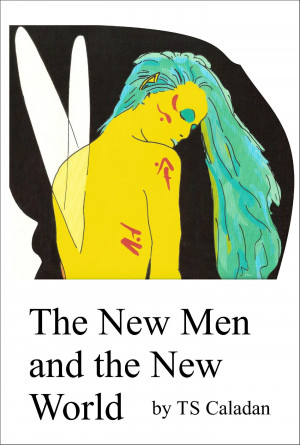 The New Men and the New World

By TS Caladan
“Reincarnated souls are bound together in Feudal times by magic, along with legendary Snow Giants and Blue Eels, then travel to the far future with space battles in a desperate attempt to stop a “child of destiny” from destroying the galaxy.” More
TS Caladan [aka Doug Yurchey], explorer of ancient and modern mysteries, presents his version, a very different version, of “A song of Ice and Fire.” After 8 seasons of G.O.T., fans of fantasy and D&D were disappointed once again. Now, there’s another ‘Game’ in town. Discover the power struggle on the Joga Islands, between the Family that has always had total control: House Barronatta, and their main rival, House Tarsis. The seven Kingdoms contain legends of Giant Earthworms and Snow Giants. The epic is nothing like what you’d expect or had ever seen before in books or films. A mixture of magic and science/technology, a mixture of primitive times and futuristic times~ Can gifted children transform an empire? Which House will seize control? Will Princess Elizabeth Barronatta wed the Black Prince of Tarsis and end an ultimate war? Future is seen from the past and past is seen from the future. Was “Thrones” planned to go wrong, anger us, get our attention to push us back in time to violent, Dark Age behaviors? Purpose of the book: to generally explain how today’s world turned cruel and upside-down.
Available ebook formats: epub mobi pdf lrf pdb txt html
First 20% Sample: epub mobi (Kindle) lrf more Online Reader
pdb
Price: $2.99 USD
Buy Add to Library Give as a Gift
How gifting works
Create Widget
Tags: reincarnation magic apocalypse secret societies sword fighting giants space battles british royalty
About TS Caladan

Tray Caladan was born Doug Yurchey in Pittsburgh in 1951. An only child, he retreated into his imagination and drew fantastic pictures. Later, he drew backgrounds for “The Simpsons” and earned a tennis scholarship to Edinboro State as an art major. Afterwards he started the ‘Art Trek’ gallery in Pittsburgh. There he met a psychic (Katrina) who forever changed his life. Her insights sent him on a course to solve great mysteries. Nikola Tesla’s observations helped him solve riddles of Atlantis and ancient pyramids. His articles, videos, radio shows, theories, patent, games, and writings have earned him international acclaim throughout 40 years of researching natural and alien phenomena. His positive message of a ‘New Human Genesis’ pervades his science-fiction and his art, as well. Tray lives in Northridge, California, on sometimes shaky ground, with his cat (Monkie) and a large library of UFO and science books.

You have subscribed to Smashwords Alerts new release notifications for TS Caladan.

You have been added to TS Caladan's favorite list.

You can also sign-up to receive email notifications whenever TS Caladan releases a new book.