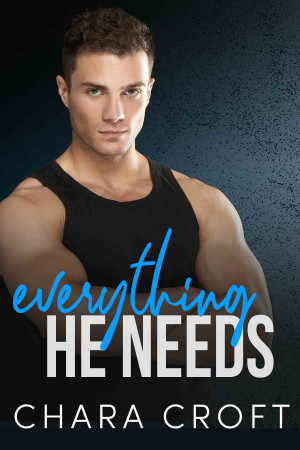 Rated 5.00/5 based on 3 reviews
Ivan had never understood what made his twin, Eric, pull away from him when they were teens, but just in case their mother was right and it was due to Eric feeling “smothered” by Ivan’s obsessive love, he’s made it a point to give his brother space ever since. But that all changes when Ivan interrupts a brutal sexual assault on his brother… and then finds out it was something Eric had asked for. More
Once, I never would have imagined my twin wouldn’t want to be with me. We shared a room, shared DNA, shared everything… until we didn’t.

IVAN: I’ve always loved Eric more than I should, but when we were younger, it never occurred to me that the way I loved him was too much. All I ever wanted was to be everything he needed, but when he locked me out of his life, I had to face the fact that he didn’t feel the same.

It wasn’t until now that I realized I’d never known exactly what it was he craved. But now that I do? No one else is going to give it to him but me.

Once, I never would have imagined showing my twin just how twisted and dark I was inside. He was everything good, everything I wasn’t, everything I loved… and I’d rather lock him out than lose him forever.

ERIC: I’ve always known my twin was too good for me, and once I got old enough to understand my sick desires, I knew the only way to keep him was to shut him out. Not completely, because I could never stand that, but just enough to make sure he’d never find out how twisted I really was.

I’d rather die than let Ivan hate me, and I’ve certainly never dared to dream that finding out my dark secret would make him love me even more.

EVERYTHING HE NEEDS is a 12,000-word taboo gay romance short story with a happy ending that comes at knife point, because sometimes the best way to love the one you shouldn’t is to force him to realize that what he really needs is you.

About the Series: Everything For Him

Sometimes the best way to love the one you shouldn’t is to force him to realize that what he really needs is you. #twincest

Also in Series: Everything For Him

Wow! That was hot! Sometimes we crave things only a family member can give us because they understand desires like no one else can.

You have subscribed to alerts for Chara Croft.

You have been added to Chara Croft's favorite list.

You can also sign-up to receive email notifications whenever Chara Croft releases a new book.