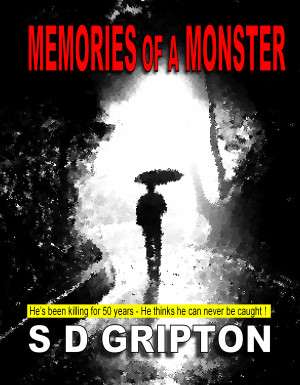 Memories Of A Monster

Rated 5.00/5 based on 1 reviews
Thomas Ellis has been killing young girlf for over fifty years. He has never been captured, not even questioned. A new Cold Case Unit is looking into some of his early killings. The Unit, headed by Rosie Butler, who is depressed at being shunted out of the capital and her job with the National Crime Squad, is only three strong. Can they ever apprehend Thomas Ellis, who is a most evil man? More
Thomas Ellis, under various names, has been murdering young girls for almost fifty years. He is proud of the fact that he has never been suspected, never been investigated and questioned only once following his very first killing. The victim was Mary and she disappeared from her village never to be seen again; she has remained a mystery for fifty-five years. Mary was an accident, she was not a planned murder, it just happened that way but Thomas enjoyed it so much he just kept on doing it, moving around, changing names, making friends with the victims' families so that he can stud at close quarters their suffering. Thomas Ellis is truly evil; he robs, he hurts people, he rapes and he places himself in the wills of the elderly though he is, himself, seventy-five years of age. Into this world steps a chaotic, and newly set-up, Cold Case Unit. It is headed by a disgraced Detective Sergeant, Rosie Butler, who was sent to the wilderness of North Wales following a head-butting incident against a senior officer. She is extremely unhappy at being moved from her friends and her apartment by the river in the capital, where theatres and sporting facilities are easily at hand, to North Wales which she has no idea how to find without a SatNav. Her two-man team is made up of Petra Lewis, a Detective Constable who is better known in the town in which the Unit is based as a drunkard and a fighter, she also inveigles herself into Rose Butler's life. The other member is Llewellyn Jones, a fifty-odd year Constable with a lifetime obsession into the death of Mary Flora Bell, the girl who disappeared from the village fifty-five years ago. She was followed by another two girls who also disappeared, Llew is obsessed with all of them. The Unit has no office in which to work, Rose Butler has no idea where she is in relation to the rest of the country, she is sad and is thinking of suicide. Can such an accomplished killer such Thomas Ellis ever be arrested and charged by such an incompetent, chaotic Unit? This is another exceptional novel from the twisted mind of S.D. Gripton

S.D. Gripton novels and real crime books are written by Dennis Snape, who is married to Sally who originate from North Wales and Manchester respectively and who met 18 years ago. I work very hard to make a reading experience a good one, with good plots and earthy language. I enjoy writing and hope readers enjoy what I have written. I thank everyone who has ever looked at at one of my books. 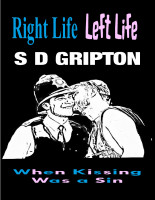 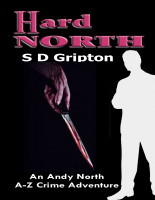 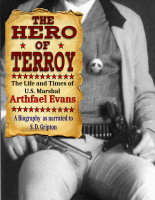 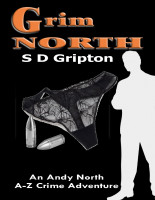 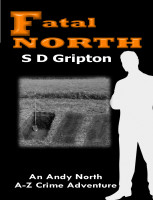 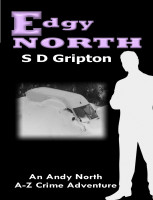 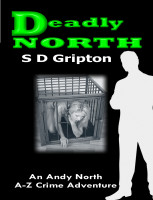 A chilling insight into the mind of a killer. This book is not gore filled instead its a suspense filled thriller that you won't want to put down.

The suspense is not about who the killer is (that's made very clear early in the book), its focussed about how and if the newly formed Cold Case unit will catch him.

Thomas Ellis is a rapist and murderer committing evil acts for 55 years. He relishes his memories of his sickening deeds and readers will be infuriated at the way he exerts psychological torment upon the bereaved relatives.

Rosie Butler the lead detective's investigation seemed too pat - 55 years and no one thought to look for evidence in certain obvious areas (seriously!! and extremely unrealistic).

Sensitive readers: many LBGT scenes in the book. Rosie has a sexual relationship with her subordinate Petra Lewis. Their flirtation continues whilst working - this seems ethically gray.

You have subscribed to alerts for S.D. Gripton.

You have been added to S.D. Gripton's favorite list.

You can also sign-up to receive email notifications whenever S.D. Gripton releases a new book.