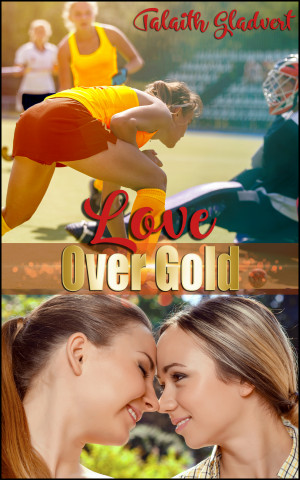 Hockey has been Diane's life since school, when she first formed her dream of one day standing on the Olympic podium, wearing a gold medal. In pursuit of this dream she goes to the Netherlands to improve her hockey and meets the forthright and beautiful Katrien, a Dutch star forward. Who's also dreamed of Olympic Gold since school. What do you do when Love and your Heart's Desire clash? More
Diane, an autistic English hockey goalkeeper, travels to the Netherlands to hone her skills and meets up with Katrien, the vibrant rising star of Dutch hockey, tipped to be chosen for the national team. Alone in a foreign land, Diane is happy to be befriended by the extroverted forward, but soon realises that Katrien's feelings towards her go beyond friendship. At first shocked by this, she starts to realise some truths about herself and begins to return Katrien's feelings. Their relationship is strained to breaking point when Diane discovers a secret about Katrien, which forces her to come to terms with traumas from her past.

Whilst their relationship develops, so do their careers and they are both selected for their national teams. And then the Olympic Games come around, in Tokyo, 2021. Both of them wish to achieve gold medal status, the highest honour possible in their sport, and their life's ambition. But only one of them can do so, and only by crushing the dreams of the woman they love. Will love win out over gold?

I gained the idea for my first book when watching the Olympic Games hockey final in Rio last year. I hadn't given hockey much thought since leaving school, many years ago, but I'd caught the semi-final, in which the British team won against New Zealand, and resolved to watch the final. The British had to play against the Netherlands, widely acclaimed as the best team in the world, in the final, and it was a thrilling match which went to a penalty shoot-out. The tension caused by these, where every shot can make the difference between Gold and Silver is enormous, even to mere spectators, and I was on the edge of my seat. We won and everyone went berserk in celebration. Yet, occasionally, the camera would pan back to the Dutch team, who were devastated, and I thought about the results of success and failure and how they affect the people involved. Then I wondered: What would happen if those people had a pre-existing relationship with someone on the other side?
The story pretty much came together then. Of course, there's other stuff in it, about autism, bullying, revenge, retribution, redemption, forgiveness, existentialist philosophy and Buffy the Vampire Slayer. You know, the usual stuff.
ADDENDUM 2nd EDITION OUT NOW: The problem with having a book that climaxes during the 2020 Olympic Games is that you're a hostage to future events. Of course, I thought I was pretty safe assuming the Olympic Games would take place in Tokyo in 2020, I mean they've only been cancelled three times in their history, all three times due to a world war... Well, that's soon to be four times. Although it's a postponement, not a cancellation. The Olympics will take place in 2021, not 2020.
I have, therefore, edited the book and released a second edition, one that accounts for the Coronavirus and the postponement of the 2020 Olympics. People who have bought the first edition can automatically download the second edition for free, as usual.

You can also sign-up to receive email notifications whenever Talaith Gladvert releases a new book.