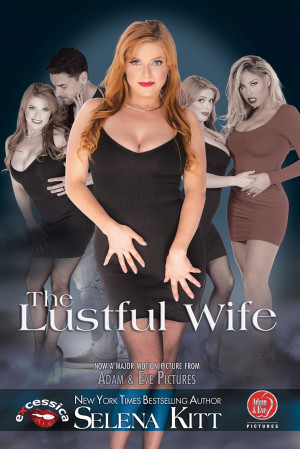 Nope! Instead of getting angry, curious Tara decides to start listening in on John’s steamy conversations. She can’t help herself, because her laconic husband has never shared a fantasy with his wife during their entire marriage. But it turns out he’s been leading a double life, telling other women what he really wants in the bedroom!

When a frustrated Tara turns to her best friend, Kelly, for advice, her much more adventurous partner-in-crime hatches a plan to bring John and Tara together. Once the trap is set, using Kelly as bait, the two women spring it on one unsuspecting man whose fantasies are about to become a very sexy reality.

Her writing embodies everything from the spicy to the scandalous but watch out-this kitty also has sharp claws and her stories often include intriguing edges and twists that take readers to new, thought-provoking depths.

Her books, Babysitting the Baumgartners, Adventures with the Baumgartners, Heidi and the Kaiser and Unfolding are now adult films by Adam & Eve, directed by Kay Brandt.
She can be reached on her website at www.selenakitt.com

Reviews of The Lustful Wife by Selena Kitt

You have subscribed to Smashwords Alerts new release notifications for Selena Kitt.

You have been added to Selena Kitt's favorite list.

You can also sign-up to receive email notifications whenever Selena Kitt releases a new book.