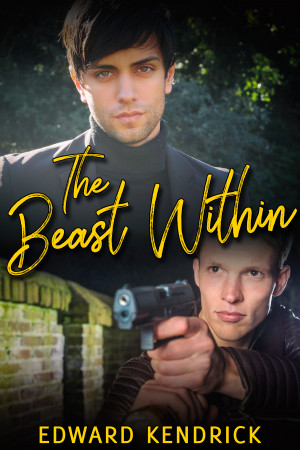 A serial killer targeting gay men results in four men’s lives intertwining: Devin and Gary, ex-lovers; Vanni, gay-club habitué; and Hollis, detective. When the killer strikes, the four men’s lives intertwine as the search for the murderer intensifies. Can they stop the killer and find love in the process? Or will tragedy destroy their connection? More
A cannibalistic serial killer targeting gay men is on the loose.

Devin, who has become increasingly erratic in the last two months, just split up with Gary, his lover of three years. Vanni, a habitué of the gay clubs, makes extra spending money on his knees in the club johns. Is one of these men the killer? Or will one of them instead become the killer’s next target?

Detective Hollis Robbins is in charge of the case. He intends to stop the killer, if he can.

When the killer strikes again the four men’s lives intertwine as the search for the murderer intensifies. Will the attraction that two of them begin to feel for each other survive the hunt? Do they have the strength to continue on after tragedy strikes and teaches them that love can be bittersweet?

First 20% Sample: epub mobi (Kindle) lrf more Online Reader
pdb
Price: $3.99
$2.79 USD
Buy with coupon Use the code AGB30 at checkout for 30% off during our site-wide promotion!
(Offer good through April 20, 2020 )
Have a better coupon?
Add to cart, then apply your coupon
Add to Library Give as a Gift
How gifting works
Create Widget
Tags: gay
About Edward Kendrick

You have subscribed to alerts for Edward Kendrick.