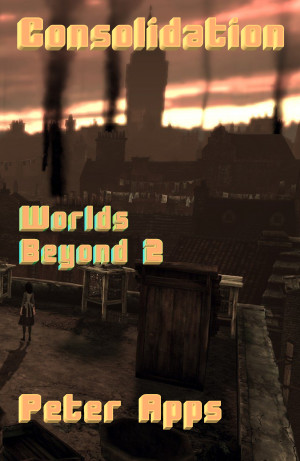 On his world, he is the Duke of Barabourne and highly favoured by the king. Being young lets him be receptive to new ideas and being lost on a parallel world, fostered and going to school there gave him plenty to think about.

Of course, there are distractions. Being responsible for a wedding that would either be the biggest society event or the biggest scandal of the season is tricky. Discovering the extent of the corruption and poverty on his world was a shock. Experiencing some of that corruption was traumatic. Having an uncle, desperate to gain control, doesn’t help either.

David needs to consolidate his position before he begins his quest.

Join David and his friends in this, the second book of the Worlds Beyond Trilogy, as they tackle problems that governments could not solve while the biggest problem of all, the quest waits menacingly in the background.

Peter Apps lives in England, and The Long Way Round is his first novel. He wrote it because he still thinks people are pretty amazing even though Peter hasn’t met anyone who has built a space portal, but then again, he hasn’t looked in everyone’s garden shed either.
He was born on 1st January 1948 has lived in Sheerness, Kent for most of his life. The Isle of Sheppey where Sheerness is situated has a long, rich history which has always fascinated Peter. History might seem a far cry from Science Fiction but imagining life in a Roman settlement is imagining a world just as alien as a distant planet.
Although he worked in a series of routine jobs he likes to do his own thing when he can. For example, all his computers are Microsoft free zones and prefers to use Linux. He has always had an interest in science, especially Astronomy. Now that planets have been discovered around other suns, he feels that the time is coming when we could discover intelligent life out there.
Other interests include classical music and jazz. He also likes to settle down in the evening to watch a good film while enjoying a nice glass of bitter or else visiting his local for a chat over a friendly drink.

You have subscribed to alerts for Peter Apps.

You have been added to Peter Apps's favorite list.

You can also sign-up to receive email notifications whenever Peter Apps releases a new book.