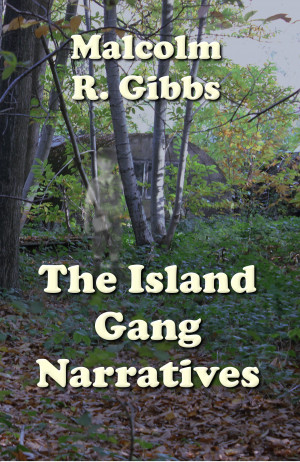 By Malcolm Gibbs
‘In Memory of Wartime Evacuee Charles (Charlie) Hall, killed August 1943 aged ten years. Always remembered. Ernie.’
Behind this simple Memoriam reporter, Jack Duggan, discovers an unbelievable connection between a young evacuee who disappeared in 1943, an author of children’s stories, a journalist who disappeared in 1993 and one of the world’s modern-day mysteries. More
During World War Two, ten year old twin brothers, Billy and Charlie Hall, were evacuated to Westcott in Wiltshire. On 14th August, 1943 Charlie disappeared from a supposedly deserted RAF Base. During the late 1960s, ten year old Phillip Easterbrook was the only survivor of an explosion that killed the residents of four houses in Derbyshire. Although he recovered from the injuries Phillip’s memory remained blank.
In 1999 small time newspaper reporter Jack Duggan finds a complete set of the books he loved as a child; ‘The Island Gang’ written, in the late 1940s and early 1950s, by E.W. Whittall and centred on the Isle of Sheppey in Kent
Jack notices a Memoriam to a Charlie Hall, posted each year in the local newspaper, and wonders if there is a story behind it. When a different person places the notice, Jack starts to investigate and traces him to a Rest Home in Yorkshire.
The person in the Rest Home turns out to be Ernest William Whittall, the writer of the children’s stories, and surprises Jack by telling him that he had invited Jack to come and find him, many years ago. Ernest tells Jack that he has a story which is unbelievable but true and will be the scoop of a lifetime but to help Jack believe, he must go and re-read the Island Gang Stories – as an adult, not as a child.
Jack finds things in the stories which Ernest could not have known about at the time of writing the books. In their second meeting Ernest reveals that not only is he Charlie Hall but he is also Phillip Easterbrook. He tells of his life as Phillip and how he ended up on the Isle of Sheppey where he met Billy Hall. His memory came back and he remembered being Charlie and how he was projected through time while they were in the RAF Base. Following his reunion, with Billy, Charlie is abducted and returned through time by a group, from a top secret project, who worked at the Base during the 1930s and 1940s. During his new identity as E.W. Whittall he wrote the ‘Island Gang’ stories and put himself in danger by including clues for the future that he hoped someone would discover and investigate as to how they could have been written.
After his meeting with Ernest, Jack wonders about his own safety and makes plans to get the story to his friend at the Newspaper. While waiting for a train home he is also abducted. During his transfer through time Jack disappears and the people involved in his abduction do not know where he has gone. Due to circumstances beyond anyone’s control the project completely closes down and the whereabouts of Jack Duggan remains a mystery.
Epilogue
During the sixteenth century Michel De Nostradamus befriends a mysterious and very knowledgeable Englishman. While dying, from the plague, the Englishman speaks about a manuscript which tells of events that will happen in the future.
Available ebook formats: epub mobi pdf lrf pdb txt html
First 20% Sample: epub mobi (Kindle) lrf more Online Reader
pdb
Price: $3.99 USD
Buy Add to Library Give as a Gift
How gifting works
Create Widget
Tags: mystery young adult science fiction time travel mystery ghost

Reviews of The Island Gang Narratives by Malcolm Gibbs

You have subscribed to Smashwords Alerts new release notifications for Malcolm Gibbs.

You have been added to Malcolm Gibbs's favorite list.

You can also sign-up to receive email notifications whenever Malcolm Gibbs releases a new book.