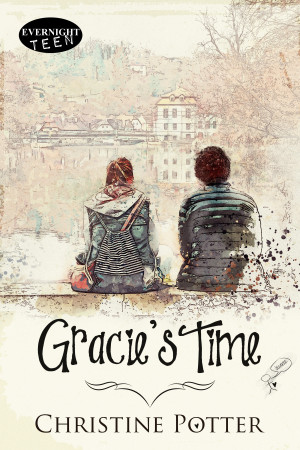 Gracie's from a family of Travelers, people who can escape into time. Too bad her mom and dad haven't Traveled since their honeymoon trip to the Lincoln Inauguration. So Grace will have to go alone—even though taking a wrong turn can have serious consequences: like heading for 1890, and ending up …in 2018.
Available ebook formats: epub mobi pdf lrf pdb txt html
First 10% Sample: epub mobi (Kindle) lrf more Online Reader
pdb
Price: $3.99 USD
Buy Add to Library Give as a Gift
How gifting works
Create Widget
Tags: romance young adult contemporary teen time travel series ya

About the Series: The Bean Books

Also in Series: The Bean Books

You have subscribed to alerts for Christine Potter.

You have been added to Christine Potter's favorite list.

You can also sign-up to receive email notifications whenever Christine Potter releases a new book.