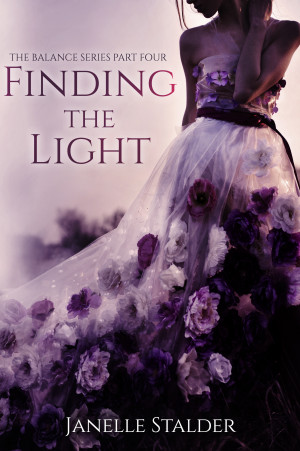 By Janelle Stalder
Hope French has found herself in the fight of a lifetime, with two sides determined to either destroy her...or save her?
Angels and Demons will come to a head for the first time in centuries.
She has to decide who she can trust, and reach inside to find the ancient power that lies there, waiting to be unleashed.
The only question left to be answered is whether it will be for the good, or evil. More
The anticipated sequel to The Dark Princess.

When the path you are on comes to a fork, which way do you turn?

Loyalties are being tested by the fate of one young girl.
Hope French has found herself in the fight of a lifetime, with two sides determined to either destroy her...or save her?
Angels and Demons will come to a head for the first time in centuries.
Now she has to decide who she can trust, and what her true destiny really is while learning to adapt to her new surroundings.
With so much against her, Hope must reach inside to find the ancient power that lies there, waiting to be unleashed.
The only question left to be answered is whether it will be for the good, or evil.

EARLY PRAISE FOR FINDING THE LIGHT

“Finding the Light was utter perfection. It's such a game changer in the series and I couldn't believe what I was reading. Some of the twists and turns I never saw coming at all and ended up sitting there with my mouth gaping unable to believe what had just happened. Another sign that Janelle is such a superb storyteller.” Kayleigh-Marie Gore, K-Books Review

“Finding the Light was the thrilling continuation of The Dark Princess. Just as the one before, it was an exciting, can’t-put-it-down Urban Fantasy. It’ll keep you asking for more.” Becca Vincenza, author of Art of Death

“I can't get enough of The Balance Series. I don't want to give anything away. All I can say is that I was routing for the wrong person. Will Hope survive this new twist? I can't wait to read more!!” Monica Alvarado, ARC Reviewer

“This book is very good. I love it!!! It was everything I was hoping for. The cliffhanger at the end will make the wait for the next book harder. I highly suggest to read this book ... and this series of course. If you liked the Dark Princess, you’ll love this one! I hate spoilers so you won’t have any just read it already.” Karine Beaulieu, ARC Reviewer

“Janelle has produced another amazing read - thrilling, intriguing, laugh out loud and action packed, I just could not put it down and I was on the edge of my seat with the suspense. I haven't read anything like it since the previous instalment - The Dark Princess... And I will be waiting with baited breath for the next instalment of this amazing series.” Stephanie Cross, ARC Reviewer

Janelle Stalder was born and raised in Brampton, Ontario. At an early age she developed a love for literature. Her debut novel, Eden, was the first book in a series of four, released in September of 2011. Since then she has released an Adult Dystopian Romance series, the New World Series, hitting the best sellers list on Amazon. She has also released a Mature YA/NA novel, Brush Strokes, that stayed on the best sellers list for contemporary romance for sixteen straight weeks. She is a strong supporter of other independent authors, and loves to interact with her readers. When she's not writing, Janelle is at home with her husband, two children, Aiden and Elora, her little bun in the oven that is on the way, and her two furry children, Alice and Lily. She now resides in a small town in Ontario in her old, possibly haunted, century home.

You have subscribed to alerts for Janelle Stalder.

You have been added to Janelle Stalder's favorite list.

You can also sign-up to receive email notifications whenever Janelle Stalder releases a new book.