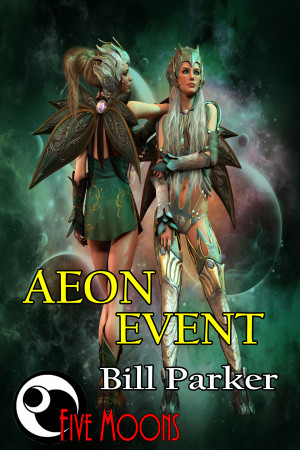 Native Western New York author, and world traveler, Bill Parker, spent most of his career engineering high-tech manufacturing systems for companies around the world. An accomplished deep space astrophotographer, he was a contributing editor for Modern Astronomy magazine when it was based in Attica, New York, working mainly on astrophotography articles and projects.
Bill Parker has been a Black Belt in Isshin Ryu Karate and a martial artist for more than forty years. The times when all that stood between him and certain death was his martial arts gave Bill the indomitable spirit that pervades his thinking and writing to this day.
Bill calls Earth his homeworld but he is an outworlder to the very core of him.

Bill is the author of the highly acclaimed Five Moons Series of science fiction novels and, if you are up for a real walk on the mystical side of science fiction, then you just have to read his Tales of the Green Jinn.

You have subscribed to alerts for Bill Parker.

You have been added to Bill Parker's favorite list.

You can also sign-up to receive email notifications whenever Bill Parker releases a new book.