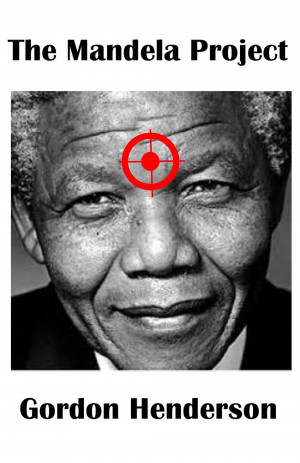 By Gordon Henderson
Helping KGB generals to defect is routine in 1990. Combatting a plot to destabilise South Africa in the name of corporate greed is less usual.
David Statton finds himself up against ruthless enemies who will stop at nothing. To stop them, he has to confront personal tragedy and treachery.
Join Statton as he battles to keep Nelson Mandela and his dream of a rainbow South Africa alive. More
The year is 1990. David Statton is employed by the British Government to do the dirty work that ministers don't like to talk about. He works for the Department for Covert Operations and his job is to kill people.

Statton helps KGB general, Alexei Urinoff, to defect from the Soviet Union. During his debrief Urinoff reveals the existence of the secretive Phoenix Group, which is plotting to kill Nelson Mandela and prevent the African National Congress from taking power in South Africa.

The Prime Minister, Margaret Thatcher tasks Statton and the DFCO with the job of protecting Mandela and destroying the Phoenix Group.

Statton confronts the Mandela Project head-on, but his battle with the Phoenix Group leads him down the trail of death, intrigue and, ultimately, treachery at the very heart of the British Government.

Helping KGB generals to defect is routine, at least for David Statton in the 1990s. Discovering plots to destabilise South Africa in the name of corporate greed is less usual.

He finds himself facing a ruthless enemy who will stop at nothing to achieve their ends and David must stop them. To do so he must confront personal tragedy and treachery from those closest to him and on up into highest levels of government.

Join David Statton as he battles to keep Nelson Mandela and his dream of a better South Africa alive.

Gordon Henderson was born in Brompton Military Hospital in 1948 and is proud to be a true “Man of Kent”. His early life was spent in the Medway Towns, where he grew up on a council estate in Chatham and went to Fort Luton Secondary Modern School.

Gordon left school at 16 to join Woolworths, where he worked his way up from being a “stockroom boy” to senior store manager.

After spending some time in South Africa, where he had a restaurant, Gordon had a succession of jobs including being a political agent, a senior contracts officer in the Aerospace Industry and an operations manager for an international manufacturing company.

In 2010 he was elected as Member of Parliament for Sittingbourne and Sheppey.

Following this collection of short stories, many of which have been influenced by his own life, Gordon plans to release his first novel, the first of many.

You have subscribed to alerts for Gordon Henderson.

You have been added to Gordon Henderson's favorite list.

You can also sign-up to receive email notifications whenever Gordon Henderson releases a new book.