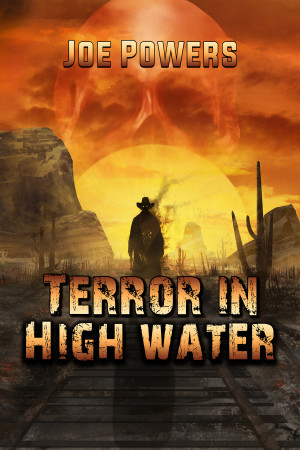 Joe Powers is a Canadian horror writer and long-time fan of the genre. From his introduction to the genre when he watched Bride of Frankenstein on a stormy Saturday night at the age of six, he’s been hooked ever since. Hundreds - or maybe thousands - of horror movies later, that one still ranks among his favorites. Among his many inspirations he lists Stephen King, Jack Ketchum, Alfred Hitchcock, Vincent Price, Peter Benchley, and Richard Matheson. In his own stories he enjoys introducing the reader to flawed, believable characters and leading them on dark journeys with unexpected twists. He isn’t afraid to mix and match genres, fearlessly weaving horror into noir, western, or sci fi.
Joe’s short stories have appeared in various anthologies and collections, both at home and abroad. Terror in High Water is his debut novel. In his spare time he's a dog lover, avid hockey fan, and creative writing instructor. He lives in New Brunswick with his wife, Sheryl, and an assortment of furry creatures. Follow Joe at www.joepowersauthor.com.

Reviews of Terror in High Water by Joe Powers

You have subscribed to Smashwords Alerts new release notifications for Joe Powers.

You have been added to Joe Powers's favorite list.

You can also sign-up to receive email notifications whenever Joe Powers releases a new book.