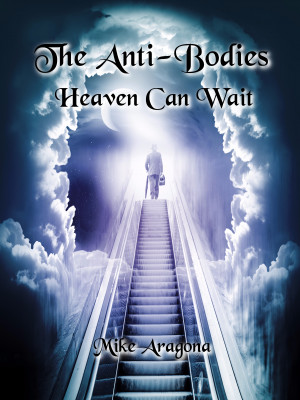 The Anti-Bodies: Heaven Can Wait

Michael Andolini found himself stuck between life and death. With the help of four others trapped in a similar state, his beliefs will be stretched to their limits as he tries to understand why he was attacked, who the Anti-Bodies were, why they were linked to him, and... was his daughter really psychic? More
Michael Andolini heard what he had been told, but refused to believe it. He had too much to live for, too much going on in his life. A brand new home, a beautiful wife and daughter, a perfect life! There was no way he could be dead!

The four so-called spirits trying to convince him that it was no use simply gave up too easily. They hadn't tried hard enough to find a way back. He would. And he did not care how long it took. As long as his body continued to breathe, he had a chance.

Those beliefs would now be put to the ultimate test.

Nothing would stop him from finding out why he was attacked, who the Anti-Bodies were, why they were linked to him, and... was his daughter really psychic?
Available ebook formats: epub mobi pdf lrf pdb txt html
First 15% Sample: epub mobi (Kindle) lrf more Online Reader
pdb
Price: $2.99 USD
Buy Add to Library Give as a Gift
How gifting works
Create Widget
Tags: love angels spirits family afterlife
About Mike Aragona

A lifetime of Comic Book, Science Fiction, New Age, and Fantasy reading with a healthy dose of English courses and a love of movies have all collided and conspired to bring Mike Aragona into the world of letters and sentences. With a cast of crazy characters constantly jostling for brain energy who want to be written about, Comedy and Superheroes vy for attention with Relationships, Committment, and "What's on the Other side".

Reviews of The Anti-Bodies: Heaven Can Wait by Mike Aragona

You have subscribed to alerts for Mike Aragona.

You have been added to Mike Aragona's favorite list.

You can also sign-up to receive email notifications whenever Mike Aragona releases a new book.