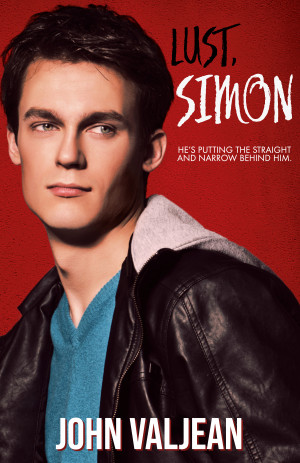 As he clings tight onto his closet door, he goes on a sexual journey that isn’t for the faint of heart. More
Simon Spears has a secret: he’s gay.

While the new adult struggles with how to tell the world, he begins a sexual journey that takes unexpected twists and turns. When Simon meets an anonymous classmate online, known only as Bleu, the teenager finds a connection with someone his age. Their attraction only grows stronger as the two discover more about one another.

Simon’s life is turned upside down when a classmate threatens to reveal Simon’s secret to the rest of Robinson High!

Lust, Simon is big on sexual thrills and big on heart!

John Valjean has been writing erotica on his moderately successful Tumblr from 2014 to 2018, before the site stopped allowing dirty stuff. At the behest of his husband, John took to writing long-form stories based on his deepest, dirtiest sexual fantasies. When he's not writing, John enjoys going to movies, binging tv series, cooking and baking, and spending time with family and friends. 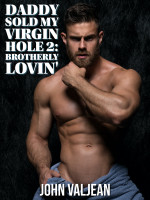 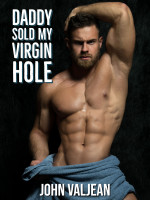 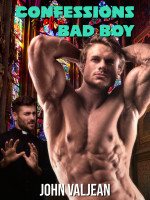 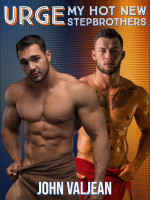 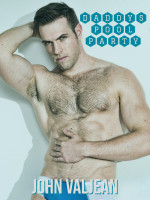 I’m not sure how to even begin to describe this with anything other than incredible.

The intimate scene between Simon and other men are really well-written, they’re all paced properly and don’t overstay their welcome.

Overall, this story manages to be sexy, compelling, and emotional all in one.

Honestly I only started reading John Valjeans work recently but I’m already a huge fan. Just from the get go, he gets you enraptured in an amazing scene that I won’t go into because any spoiler is too much. You absolutely have to read this book, especially if you liked a certain Nick Robinson movie. Moreover despite being a parody it still retains the story beats explored in its source material while also remaining extremely scorching in how hot the sex scenes are. If you’re a fan of erotica, please for the love of god read this book.

(reviewed the day of purchase)
Rainbow Reviewss reviewed on May 18, 2021

Lust, Simon is the story of an eighteen-year-old boy, Simon Spears. Simon hides from his family and friends that he is gay. With all the hormones and horniness that he needs to express physically, he pursuits his sexual journey to experience his sexual identity with different guys and men. This journey as lustful and erotic it is comes with lots of struggles for living the double life. Simon gets blackmailed by one of his classmates after reading his reply to an anonymous gay classmate online. This could’ve cost him his friendship with his best friends. But fortunately, Simon with the help of his family and friends can fix things and meet that anonymous classmate with who he falls in love.

The story is inspired by the book Simon Vs The Homo Sapiens Agenda by Becky Albertalli and its movie adaptation Love, Simon. There are two versions of the book, a taboo version with a red cover and a non-taboo version with a white cover. I have read the taboo version in which Simon has sexual encounters with his brother and father. This takes place in John Valjean’s universe so expect all the males to have large penises. The smallest is 8 inches! 😋. Yep, size does matter in erotica and thankfully the author does give us the size of every man Simon hooks up with. The book is divided into a total of thirteen chapters. Every chapter has at least one explicit encounter between the main character and one of the other characters. The first chapter sets the mood of the story by introducing Simon, his family members, and his close friends. Everything is narrated from Simon’s point of view which made things more interesting as the reader will look at the world and men through his eyes!

At the beginning of the story, Simon is still a virgin and he loses his virginity with Cory the landscaper in a very hot sexual encounter. Right after that, it is as if a huge door has opened for the boy. He turns to a big slut who wants to have all kinds of sexual experiments with toys and men. The variety that Valjean offers the readers is tremendous. Various erotic situations that will make you gasp and get thirsty! This is not new when it comes to the author’s writing. Every single book of his I read in the past had such effect on me but in Lust, Simon the dosage is doubled due to the length of the story and the many themes he used here. Incredible job indeed.

I liked many of the characters here. Reading the story from Simon’s eyes and following him with his struggles and crazy encounters makes him top the list. The family members especially his brother Lee added a lot of warmth to the story. The understanding of his mom is something one would highly appreciate. Both Gabby and Laura were friends that one would love to have. They supported Simon and were there for him. As for the sexual encounters they are many and all of them were too hot! I feel after every single one Simon was getting sluttier and more of a cum pig 😁. His encounters in the restroom were fantastic both the anonymous ones and with the bullies. Again the sex scene with coach Evans and Thad was scorching. However, the forbidden fruit is the incest sex with his brother and dad. Those two encounters were explosive, both sexually and emotionally.

Once I asked on Twitter all the authors I follow about their “Magnum Opus” work, John Valjean answered Lust, Simon. After reading it, I couldn’t agree more with him. For me, it is also one of my new most favorite gay erotica. I can’t wait to read the sequel. A must-read.

Lots of sexy fun! I love John Valjean's stories because they are well written and hot!!!

(reviewed 23 days after purchase)
Marsha Respess reviewed on April 4, 2021
(no rating)
Another winner from John Valjean!

A fun series of encounters between Simon and almost every guy in his life.

I’d been saving this book for a while in my library because it was one of Jean’s longer novel-sized books - I’ve purchased almost all his previous shorter works but wanted to savour this.

I started to read it because despite holding back; more images and reviews were showing on Jean’s twitter feed and I was worried I would have the story spoilt - but thankfully I wasn’t.

By reading it a chapter or two at a time; it felt like reading some of his shorter works with mind blowing sex in situations that pleases the darker seedier recesses of my mind.

When the final conclusion occurred it was nice to see the relationship that started virtually develop naturally and makes me look forward to reading the sequel.

Well Jean - you’ve blown my mind and my dick many times with this book - and I love you for it.

This was an incredible read, one I couldn't stop reading. This book is indeed a Parody of the book and movie "Love, Simon".

This Parody is way more lustful than either of those. Beginning with a guy who was doing yardwork for a neighbour, Simon explores his sexuality more with various male. Strangers, classmates, bullies, adults... it was all leading up to the one he wanted most: the mysterious Bleu.

Every chapter was raunchy, and getting raunchier with each page turned. Simon learned very quickly how to satisfy both himself and the men he serviced.

I should also mention that this version has some differences from the White Cover of this book. This one is Taboo as Simon does get kinky with his brother and his dad. Separately. I highly advise knowing exactly what version you're getting before Buying.

You have subscribed to Smashwords Alerts new release notifications for John Valjean.

You have been added to John Valjean's favorite list.

You can also sign-up to receive email notifications whenever John Valjean releases a new book.