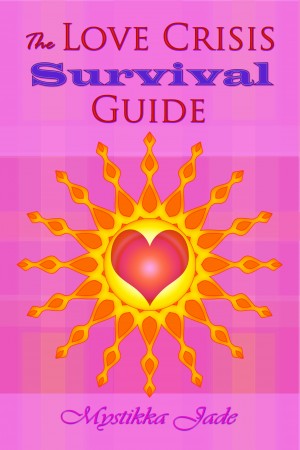 Mystikka Jade is a multi-sensory psychic who began her career at the age of 18 in 1993. Before advising on KEEN (2001-present), she was employed on 900 lines (The Kenny Kingston Psychic Hotline, Gary Spivey Psychic Network and The Jackie Stallone Psychic Circle 1994-1998). At metaphysical bookstores, she provided readings, taught classes and facilitated discussion groups on topics such as meditation and psychic development (Starbase, Starcrafts, Inner Journey, The Magick Bookstore 1994-98).

Mystikka is skilled in the tarot, oracle cards, astrology, runes and crystals.

She is the primary creator of Theta Wave Oracle (2018) and Ice Cream Oracle (2019). The Love Crisis Survival Guide (First Edition 2007) was authored by Mysti. She is also certified as a Life Coach, Hypnotist and NLP Practitioner (American Alliance of Hypnotists / AUNLP 2011-2012).

Mystikka was the creator and publisher of MetaCreative Magazine (2007-2010) and has written for other publications (San Diego Scene and Light News - 1994-97, Om Times and Bellespirit Magazine - 2011-12). She was the podcast host of MetaCreative Radio (2006-07) and has interviewed revolutionaries, including: Sylvia Browne, Jackie Beat, Stuart Wilde, Derek Humphry and Jack Herer.

Reviews of The Love Crisis Survival Guide by Mystikka Jade

You have subscribed to alerts for Mystikka Jade.

You have been added to Mystikka Jade's favorite list.

You can also sign-up to receive email notifications whenever Mystikka Jade releases a new book.