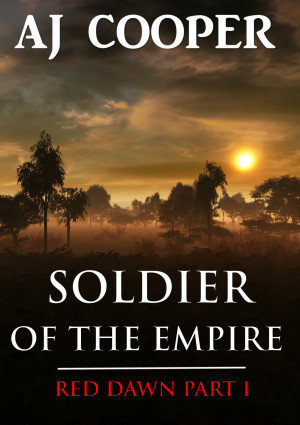 Soldier of the Empire

About the Series: Red Dawn

Publius Corvus, struggling with the worthiness of his cause, trains with the Imperial legion in the foothills. But as he questions the Empire and its goals, he finds himself sent on a secret mission in the mountains, a mission he increasingly does not understand.
Far away, in the streets of Imperial City, with the skies full of portent, word spreads that the emperor’s daughter has been kidnapped, and rumors circulate of something else, a new era, a new world, a new “Red Dawn.”