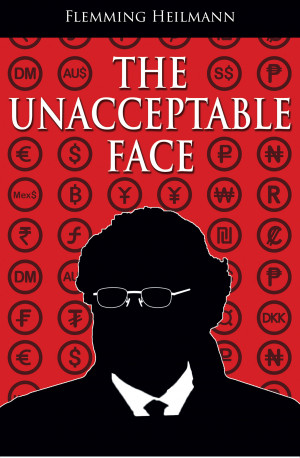 The Unacceptable Face - a 21st century story of an itinerant career under apartheid, European socialism and disparate iterations of capitalism, laced with corporate politics and skullduggery.

By Flemming Heilmann
A Danish-born internationalist’s mid-20th century encounters with apartheid, socialism and iterations of capitalism on three continents during a career challenged by corporate and national politics. Some foes are engaged, others sidestepped. Immersion in disparate cultures spawns evolving beliefs and priorities, not always politically correct, just as traditional preconceptions are debunked. More
As sunrise unveiled the silhouette of Table Mountain, Flemming, aged 23, stepped ashore in Cape Town to start his peregrine career under the deepening shadow of apartheid. He was born Danish in colonial Malaya and fled the Japanese invasion to spend World War II in Australia as a refugee before returning to liberated Denmark. His education included the perils of wartime, trauma of family separations, deprivations of post-war recovery and ten schools before graduation from Cambridge University.

Flemming rises to become CEO of Metal Box South Africa, at the confluence of economic enterprise and sociopolitical turbulence engendered by creeping apartheid. The Sharpeville massacre jolts the world. He has an unbeknownst brush with history as a dinner guest of his friend, Arthur Goldreich, later identified as the covert head of the Communist Party’s military wing in Sub-Saharan Africa, and learns that the dignified servant in pristine white uniform attending to his needs at dinner was Nelson Mandela in hiding. In London he proudly appears before a House of Commons Committee of Enquiry into the conditions of blacks employed by British companies in South Africa, proving The Manchester Guardian’s reporter, Adam Raphael, to be deviously dishonest.

Flemming is betrayed by British colleagues and realizes that any reversal of apartheid is not in the cards, so he and his South African wife move to America, where he joins Continental Can Company. Promotion takes him back to Europe’s industrial arena, where the post-war stranglehold of socialism is still obstructing recovery. Dutch and German corporate politics are as vicious as those of the UK and America. New challenges are welcomed in the USA, but the eight-year stint with Continental Can ends with a corporate dogfight.

The leveraged buyouts (LBOs) of the 80s prompt Flemming to persuade Lazard in New York to help organize the acquisition of American Can Company’s Canadian subsidiary. The lead investor is Onex Capital of Toronto, so the family moves north for Flemming to become CEO. A good start allows the company to go public as Onex Packaging Inc., but it takes longer than predicted for capital investment and management upgrades to kick in. The Onex financiers get the wobbles, so relationships snap before a dramatic return to profitability is rewarded by the stock market. When Onex and Ball Corporation take the company private Flemming is bought out.

Back in the States, another project is launched. Four industrialists acquire Brockway Standard Inc., a victim of neglect with plants across the Sunbelt states. The author becomes CEO with a partner as COO and two controlling investors as directors. The turnaround thrives and goes public, but again conflicts arise, so he resigns.

Flemming volunteers in New York’s inner city as a director of Jacob A. Riis Neighborhood Settlement, where self help is a cornerstone of the agency’s promotion of good citizenship and self-sufficiency. Riis’s principles are reflected in the author’s closing thoughts or hobby horses:
EDUCATION is seen as the key to most critical issues—not just academics. Democracies fail because voters are ill-informed.
AVOIDABLE WASTE—poor stewardship of finite resources inhibits human progress.
RELIGION’s misuse for territorial gain, genocide, assimilation of power—even abuse of children—discredits its overplayed role in life.
CAPITALISM is the force sustaining human, social and technological progress. Confusion reigns on the subject of man’s equality—a muddled failure to separate “equality” from the right to equal treatment and opportunity. Can lawmakers legislate that Wynton Marsalis be no better on the trumpet than Joe in the marching band?

Flemming Heilmann was born 1936 in Malaya of Danish parents, spending his early childhood there until the threat of Japanese invasion forced an evacuation to unknown Australia in 1941. Joined later by his father who escaped Singapore as she fell, the family spent World War II as refugees. As soon as the war ended in Europe, but before the Japanese capitulation, the family traveled home to Denmark on a troopship evading kamikaze attacks in the Pacific.

Flemming's school education spanned Australia, Denmark - where he sank deep cultural roots - and formative years in the United Kingdom before he graduated from Cambridge with a law degree. During this period he spent time in British colonial Malaya during the communist uprising before its independence, in Swaziland under British rule and in South Africa while apartheid laws were being put into place. During the post war recovery, Flemming developed an appreciation of America's role in the rehabilitation of war torn Europe and an understanding of the mighty US economic engine driving economic, technological and social progress in the world.

A 40-year executive career in industry took him back to South Africa for 17 years and on to the USA in the mid-1970s with stints on the European continent and in Canada.

Flemming lives with his wife Judy in Connecticut, has four sons, a daughter and nine grandsons.

You have subscribed to alerts for Flemming Heilmann.

You have been added to Flemming Heilmann's favorite list.

You can also sign-up to receive email notifications whenever Flemming Heilmann releases a new book.