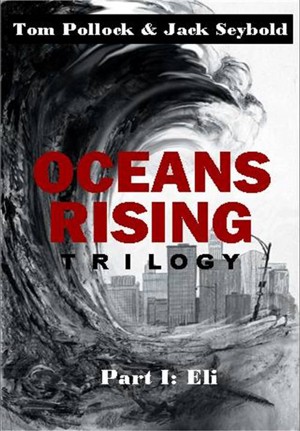 Tom Pollock was born in Flagstaff, Arizona. Home educated through the eighth grade on a local cattle ranch, he graduated from Andover, Harvard and Boalt Hall (University of California). He rowed for the USA in Tokyo’s 1964 Olympics. An attorney for fourty-one years, spanning Wall Street, a windpower corporation and private practice, his interests include science and modern humanities.

Jack Seybold grew up in California’s Central Valley, played varsity basketball at Saint Mary’s College, served in the Peace Corps in Brazil, and earned an M.A. in linguistics at San Francisco State. A teacher for thirty-five years, he wrote poems, short stories and magazine articles, edited several newsletters and participated in prison ministry. Active interests include music, acting and golf.

Each author has been married for forty-four years. Each has two children. “The Rising” — republished as this Trilogy — is their first novel.

You have subscribed to alerts for Tom Pollock and Jack Seybold.

Would you like to favorite Tom Pollock and Jack Seybold?

You have been added to Tom Pollock and Jack Seybold's favorite list.

You can also sign-up to receive email notifications whenever Tom Pollock and Jack Seybold releases a new book.