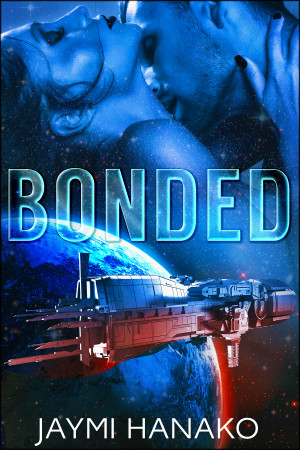 Taimi thought she had made peace with her fate, willing to pay any personal price as long as she knows Jaren is alive and safe. When he buys her contract, she thinks it’s a dream come true. But after the one night together required by the slave market, he makes it clear that she has no place in his life as a lover. She can either join the crew of his spaceship as an employee or say good-bye to him forever.

Then Jaren’s ex-wife breaks out of prison. Suspecting that Jaren and Taimi might have assisted her in her escape, Ranvaran officials impound Jaren’s ship, leaving them stranded. Vulnerable to a mad sorceress’ revenge—and their own growing feelings.

Jaymi Hanako writes stories of love and lust in alternate worlds. Her favorite subjects include spaceships, magic, and paranormal creatures.

Born and raised in Hawaii, she left paradise when she fell in love with a soldier. After being assigned to different bases throughout the southern United States, they settled in the Rocky Mountains of Colorado where they currently live with their dog and two cats.

You have subscribed to alerts for Jaymi Hanako.

You have been added to Jaymi Hanako's favorite list.

You can also sign-up to receive email notifications whenever Jaymi Hanako releases a new book.