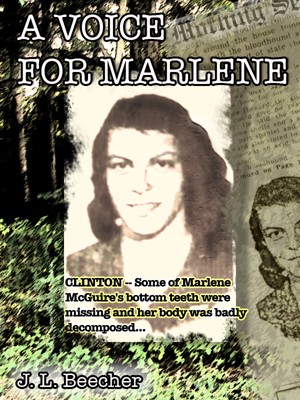 A Voice for Marlene

I was interested in a young girl that died in Clinton, Maine in 1951 and after three years of research I found her killer. 'A Voice for Marlene' is just that a voice for a young girl that did not deserve to die. I teach at the University of Maine at Orono and have a farm. I write a daily blog about the farm, the animals, and my observations. I'm presently working on a novel, 'A Family of Women'.

Review
eagle66 reviewed on Dec. 15, 2011
(no rating)
This book starts out a little slow,but it captures your atention and holds it to the last page. It is a very good read from a new author. I recommend the book highly.

You have subscribed to alerts for Jane Beecher.

You have been added to Jane Beecher's favorite list.

You can also sign-up to receive email notifications whenever Jane Beecher releases a new book.