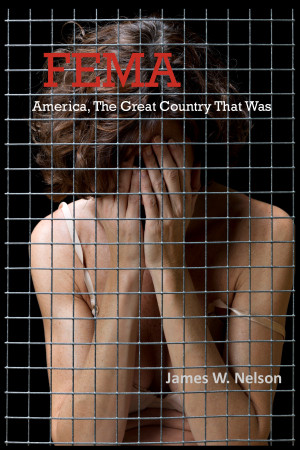 FEMA America, The Great Country That Was

By James W. Nelson
Imagine expecting the next day to be like every OTHER day. But something bad has happened. You've heard about it, but mostly it's affecting other people, like gun owners. You don't own a gun. You've never fired or even held one, so, when the confiscation happened you felt bad but it simply didn't apply to you. You're NOT political and you've never heard about politics paying attention to "you." More
Sure, you've heard about bad things happening in the country, and the world, but it doesn't happen right here. Right? And anyway, they always fix things so nothing really bad ever happens...right? There's that generic 'they', but has anyone ever figured out who exactly 'they' is?
So, every night you go to bed and don't worry cause everything is alright.
The next morning you rise, prepare breakfast, get ready for work and expect this day to be like every other day. But it's not. Something changed last night.
You are met at the door by men in non-American uniforms. You get pushed into a windowless van with no explanation except to do what you are told.
What the hell is happening?
****
Martina Louise Evans, 34, was ready for work that Monday morning, and, as usual, was ready with fifteen minutes to spare. She had a couple bites of toast left and a good sip of cranberry/raspberry juice, but nothing she couldn't handle while computing. So, like every other day she opened her laptop in her bedroom and brought up 'YourLife', the social network for almost everybody. There, nearly every day, the very first thing, a fresh post waited from 'Christopher Robin'.
Who is that guy? So mysterious. So—evidently—intelligent. And dreamy? She wondered about that too, every time she saw the profile picture of just a silhouette. So who are you, Christopher Robin? Are you a handsome and kind man, an uggo? Are you a monster? Are you even a man?—please don't be a woman!
The doorbell.
Who on earth? Nobody ever came to her door this early in the day, and her few friends in Grand Vista knew she worked—a salesperson? Somebody pushing a petition? She began to feel a bit irritated, that some stranger would feel free to bother her.
She ignored it, then giggled a little under her breath, talking to that guy as if he's real—but of course he's real! He's something, she just didn't know what.
Available ebook formats: epub mobi pdf lrf pdb txt html
First 20% Sample: epub mobi (Kindle) lrf more Online Reader
pdb
Price: $2.99 USD
Buy Add to Library Give as a Gift
How gifting works
Create Widget
Tags: muslims illuminati militias first love dystopian abductions the new world order agenda 21 and 2030 fema concentration camp
About James W. Nelson

Reviews of FEMA America, The Great Country That Was by James W. Nelson

You have subscribed to Smashwords Alerts new release notifications for James W. Nelson.