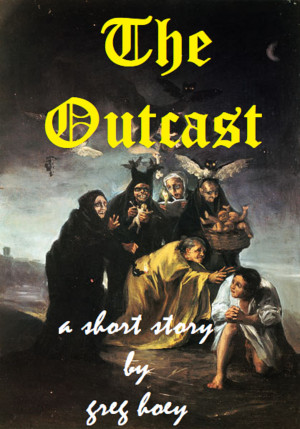 By Greg Hoey
‘The Outcast’
A short story
By
Greg Hoey

It is the year of 2014 and the Perth Arts Festival has just begun its annual Writers fest at the University of WA. Unfortunately, some very polite and ordered ladies like so many of their kind who see themselves as ‘gatekeepers’ of the Australian literature & Cultural worlds espy me putting up posters for my own books. Outrageous! - More
‘The Outcast’
A short story
By
Greg Hoey

It is the year of 2014 and the Perth Arts Festival has just begun its annual Writers fest at the University of WA. Unfortunately, some very polite and ordered ladies like so many of their kind who see themselves as ‘gatekeepers’ of the Australian literature & Cultural worlds espy me putting up posters for my own books. Outrageous!
Such horrified gentry are often as not from upper-middle class backgrounds, usually mid-aged, white & female.

The Author it must be stated is an Atheist complete. The author it must also be said is on a kind of blacklist and has been so for many, many years now again the reasoning behind such logic on the part of those doing the blacklisting is complicated and nefarious and best left undiagnosed here for it is both a right-wing Religious agenda and one of leftist reaction based upon the authors supposedly 'politically incorrect' views.

Born in the town of Kalgoorlie 300 miles east of the lovely although very insular and rather nepotic city of Perth in the great crony's only 'British, Christian and forever loyal to the Queen' -big suburban homes and giant sized four-wheel drive state of Western Australia. A state mainly run for and by the mineral resource industry/lobby and where if you don't have the right connections you go absolutely no-where and back! Whether this be in the arts, the sciences, the medical profession, business, politics, media or journalism.

This incestuousness especially of its localised media can in fact be very hostile, petty, spiteful and rather unnecessarily scrutinizing in very unprofessional often quite silly ways toward any who it perceives as having done them a disservice [by opining independent views], as the author has over the years found out.

And the wonderful city of Perth itself is crony central although it loves to shout out to the entire world what 'nice' urban-suburban folk they really are. They can still be however nanny-state, Family-Value reactionary's of the first order [one dearly wishes that they would recognize it isn't 'stranger-danger' they need to be so worried about , but inter-familial or 'known danger' that is the real problem, at least 98.7% of the time it is!]

Apart from all that it is a very beautiful city -that there's no denying and when its inhabitants start to realize this, get over the "great australian cultural cringe" with and start to be a little less hostile & negative toward its most intelligent and creative spirits it may hopefully in time be more than just beautiful on the eye. It may even become a more divergent home of creativity. Taking on little more intellectual depth and nuance. Just the way it was meant to be in its now long since golden era of the sixties, when it offered so much to those seeking intellectual progression as well freedom and wild open spaces.

# THE GREAT AUSTRALIAN CULTURAL CRINGE ; a peculiarly anti-australian form of self-loathing which condemns anything made or created by an Australian, to be necessarily second rate in comparison to similar things done by a non-australian. Particularly related to arts & culture. And while those from the progressive-left side of politics would prefer to represent themselves as incapable of such self-loathings I believe this is actually where most of the modern cultural cringe & nationalistic self-loathing does come from of late. 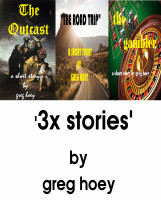 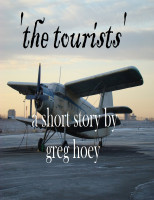 You have subscribed to alerts for Greg Hoey.

You have been added to Greg Hoey's favorite list.

You can also sign-up to receive email notifications whenever Greg Hoey releases a new book.