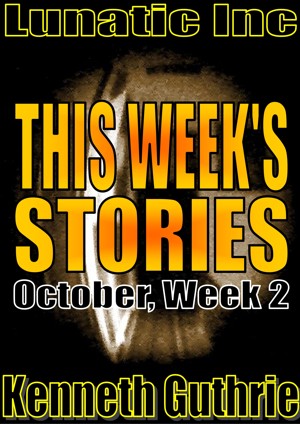 Ultra-Violent: Unleashed (The Ultra Violence Series)
Ultra-Violent loves eyeball pulling. It’s his hobby, if a madman can have such a hobby. Unfortunately, there won’t be much time for that as a creature from the depths of hell emerges to steal the one treasure that UV knows he must keep. Enter a cast of kooky characters mixed with super violence and you have a recipe for disaster. “Profanity has a new name and it has been unleashed!”

Sinner 1: Blood Soaked (The Sinner Series part 1)
The Sinner stalks the night preying on the criminals that occupy his list. Tonight through the eyes of men he will hunt for the thing that something deep inside tells him he must find. In one action packed evening, he will leave Mexican and Italian mobsters in critical care in mass. "A nightmare recorded and categorized. This is double-proof fiction."

Monk 1: Beginnings (Part 1 of 'The Trails of Monk')
1 year has passed since the execution of an entire village in the hills of Tibet. Now, the only survivor, Monk, a Buddhist priest caught in the vicious acts that were carried out there, is out to get revenge on the Chinese who devastated the village in front of his eyes. This story is about revenge and faith in a world that is and never was fair. "Fearfully violent, yet with a strong presence."

Thanks for your interest in my work!

Kenneth Guthrie is the author of hundreds of short stories and novels. He has currently finished the Neo-Tokyo Death Battle Series and is working on the second book in the Wilson Jack Series, which sees the big man closing in on Cathedral while facing danger on all sides.

The three books in the Neo-Tokyo Death Battle Series are Survivor, Hunted and Finalist.