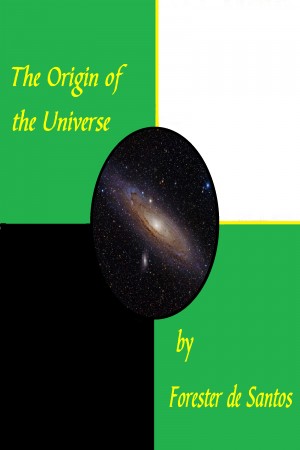 The Origin of the Universe

Thus, in my very simple but very honest writings there are certain truths or real knowledge of real life. Truly glad and truly joyful he who in truth lends attention!

While I admire the author's ambition and willingness to think outside the box in his attempt at a holistic understanding of how the universe works, the resulting book is confusing and poorly reasoned.

The following passage indicates the sort of problem you will find here :

Light and heat are forms of energy. They have no mass. Even if this were not the case, by defining mass, light and heat in exactly the same way is to not define them, that is, to not say what is unique about each of these things.

But Sanchez's reasoning seems to be that, since some aspects of the behaviour of the universe may appear to be similar to those of matter caught in a magnetic field between two bar magnets, therefore the universe is the product of the interaction of two bar magnets one consisting of matter and the other of empty space. The fact that empty space is not magnetic, and that matter and empty space are intermingled rather than separated like two inter-reacting magnets seems not to matter.

Of course it is possible that I've misunderstood the argument being put forward. It isn't always clear, a problem made worse by the fact that the writing on some of the diagrams is too small to read.

You have subscribed to alerts for Forester de Santos.

You have been added to Forester de Santos's favorite list.

You can also sign-up to receive email notifications whenever Forester de Santos releases a new book.