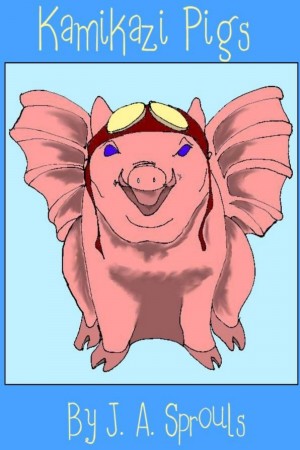 J.A. Sprouls lives in the beautiful and rather flat Rollin' Plains of West Texas. As a former antique dealer whose business tanked along with the rest of the country's economy she had to go out and get a real job. Writing, for her, has become a way to wind down after a long days work and escape reality for just a short while. 'My Grandfather Is One Heck Of A Mummy' is the first in what will hopefully be a successful cozy mystery series. The second novel in the series, 'Mace Of Spades,' with 'Cowabunga Dead' as the third in the series. Another series that she has written is the Cryptozoology Series with two current books: 'Kamikaze Pigs' and 'Don Coyote.' She has even tried writing a youth novel titled: 'An Accidental Pirate, The Adventures of Captain Pigtail McQueue.' She has also written two non-series books: 'A Vision Touch' and 'Death Drives a Chevy.' She is currently working on her next novel and should soon be finished.She enjoys writing cozy mysteries with a humorous touch and hopes her readers enjoy reading them as much as she has enjoyed writing them.

You have subscribed to alerts for J.A. Sprouls.

You have been added to J.A. Sprouls's favorite list.

You can also sign-up to receive email notifications whenever J.A. Sprouls releases a new book.