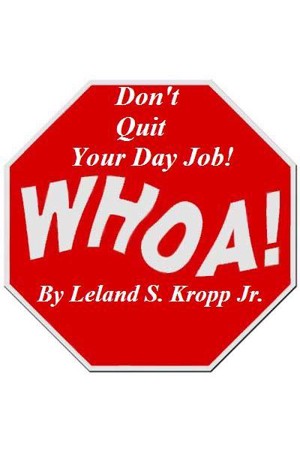 By Leland Kropp, Jr
Since you have chosen the path of the businessperson what you do is up to you. You can be the type who just sits and waits for business to fall into your lap or you can be the type that takes charge and goes out make it happen.

“A successful man is one who can lay a firm foundation with the bricks life has thrown at him.”
Quote from David Brinkley

My name is Leland S. Kropp Jr. and I am the Fonder of the Eureka Merchants Task Force. I started my own business in 1994 and during my this time I became involved with Business Network International (BNI) and was involved in numerous Chambers of Commerce. I was very successful within the BNI organization and was hired as a director where I helped grow their organization from 33 chapter to over 110. I had spent the better part of 10 years working with BNI helping small and medium size businesses learn networking skills. I left BNI because I had lost focus on my own business. In 2007 I was approached by the executive director of the Eureka Chamber of Commerce, she had know of my history with in the BNI organization and she recruited me into helping grow their chamber. During this time we put together monthly classes where I would teach networking skills to the members of the Eureka Chamber. As we started these classes I began to taken notes of what I hoped to accomplish during these classes, these notes turned into my first book "Don't Quit Your Day Job" which is a book that teaches networking skills and how to maximize networking group and chambers. In 2008 I was voted onto the Eureka Chamber Board of Directors and then elected by the board to be President. As President I instituted some of the best aspects of BNI into the Chamber forum. One of my favorite accomplishments was when I put together the Eureka Merchants Task Force which at the time was under the umbrella of the Chamber. The projects that the Task Force pursued required faster action and more attention then the chamber was capable of giving so in the winter of 2008 the board of director voted for me to make the Eureka Merchants Task Force it own entity. The EMT put together programs that were designed to bring the citizens of Eureka into the businesses of Eureka. Our Bingo encouraged students of Eureka to visit local business in the hope of winning scholarships. We gave three scholarships in the amount of $3000. Our next project was called "Discover Eureka" which was geared towards the adults of our town, we award $3000 in "Eureka Bucks" which was money that could only be spent in our town. We also held a "Town Texas Hold'em" tournament where business were allowed to purchase spots on any of the faces of the 52 playing cards. $1500 in Eureka bucks were given to the first, second and third place winners.

As of today the Eureka Merchants Task Force is taking networking to the next level. With the knowledge gained over the years we are proud to announce the start of the "Eureka Business Alliance" We have taken the best aspects of Chamber groups and Networking groups to form a very powerful home town networking group designed to focus on our town. By developing networking team that require members to live in or work within a five miles of the town that they are members. Portions of the money raised by these group will go into a larger scholarship fund for the children of town. 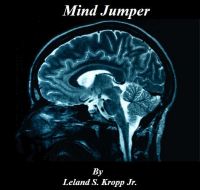 You have subscribed to alerts for Leland Kropp, Jr.

You have been added to Leland Kropp, Jr's favorite list.

You can also sign-up to receive email notifications whenever Leland Kropp, Jr releases a new book.