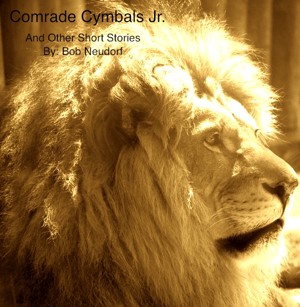 By Bob Neudorf
This collection of short stories looks at life--sometimes through the eyes of animals. Lions discuss the 99% and the economy. Mice look at the rulers and decide that they have something better than power. The world learns to speak again after a devastating virus and find that they have solved world hunger by confiscating CEO's bonuses and substituting them with cookware. Imaginatively written. More
These are wide ranging stories, designed to induce questions about how and why we do what we do every day of our lives. The author uses animals in many of the stories, using a different pair of eyes to see our frailties as a species. Power, the economy, faith, religion and death are all discussed in a humorous and thought-provoking way.

By the time I was six years old I had lived on three continents and five different countries. My parents were protestant missionaries in French Soudan (later the Republique of Mali). I have often said, in referring to my childhood, that Mom thought that God was looking after me, and God thought that Mom had me under her wing. This understanding left me mostly alone to wander the wilds of Africa, living off my hunting skills and avoiding the multitude of dangers.It was an idyllic childhood until boarding school at Mamou Alliance Academy in the neighboring country of Guinea. My brother died suddenly and later we lost a sister. I have two graves to visit sometime, if I ever get the chance to return to Mali.

I returned to Saskatchewan in my teens, finished high school, found a job and in every way faded into the life of a regular Canadian. But lurking, bubbling and boiling, underneath this veneer was a desire to tell my extraordinary story. 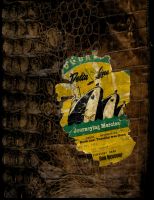 You have subscribed to alerts for Bob Neudorf.

You have been added to Bob Neudorf's favorite list.

You can also sign-up to receive email notifications whenever Bob Neudorf releases a new book.