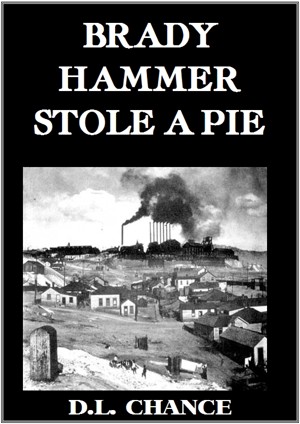 By D.L. Chance
When Brady caught a whiff of fresh-baked peach pie cooling on Spinster White's windowsill, the Butte, Montana miner couldn't help committing a little petty larceny. He thought he got away clean, but he would find out the hard way that the pie itself would do more to punish his theft than any judge could.


Growing up singing and playing at church, where his dad was the preacher, musician/singer/songwriter Donald Lynn Chance could never decide on any one instrument to specialize in. So he specialized in them all.

This was only natural since his musical heroes and strongest musical influences -John McEuen, Rusty Young, Roy Clark, DeWayne Price, Doc Watson, Earl Scruggs, so on - were super multi-instrumentalists. By the time he entered college as a woodwinds major, Don was already accomplished on acoustic and electric guitars, bass, several kinds of banjo and every orchestral instrument with a reed. Within a few years, he added mandolin, piano, fiddle, pedal steel guitar, dobro and a selection of archaic folkie instruments such as mountain and hammered dulcimers and autoharp.

But, even though he grew up with gospel, bluegrass and hardcore country music playing constantly around the house, in the late 1970s Don was strictly a rock-bound rebel until two events at more or less the same time changed his world: He discovered an old copy of Will The Circle Be Unbroken by the Nitty Gritty Dirt Band, and he stumbled across Austin City Limits on the local Phoenix PBS affiliate. His life and artistic direction changed forever. Don jumped into American-style country music, with all its gloriously unabashed common-man character and soul-deep sentiment, and never looked back.

Over the next couple decades, Don worked with or opened shows for almost every country artist he heard of while growing up a talented dreamer. Merle Haggard, Ernest Tubb, George Jones, Johnny Paycheck, Johnny Cash, Hank Williams Jr., Hank Thompson, on and on into the chart-toppers of the 1980s and 90s, the list of legends and future legends Don worked with continued to grow, as it still does.

He also played a variety of instruments on countless recordings by others, and enjoyed his own minor radio hit with an original banjo-and-mandolin instrumental called Stampede! No stranger to the studio, Don has recorded hours and hours of music in almost every kind of style there is with just himself as the only musician, and he hopes to begin releasing the mountain of material over the next few years.

But hes not just a musician and singer. Twenty years into an enjoyable music career, Don rediscovered another passion from his past: Journalism. His secondary career choice and college minor, journalism represented the real job Dons friends and family always encouraged him to keep as a fall-back occupation.

It was only natural to mix the music that was his life with journalism, so Don became a prolific music journalist. Writing for various newspapers, magazines and a wire service instilled a knack for the written word. Having grown up a voracious reader, before long Don began expanding on his already extensive talent list by writing short stories and, eventually, full-length novels - some as long as 117,000 words.

He also continues to write extensively, releasing his writing though several publishers. 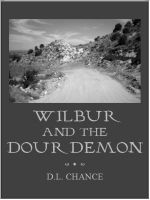 You have subscribed to alerts for D.L. Chance.

You have been added to D.L. Chance's favorite list.

You can also sign-up to receive email notifications whenever D.L. Chance releases a new book.