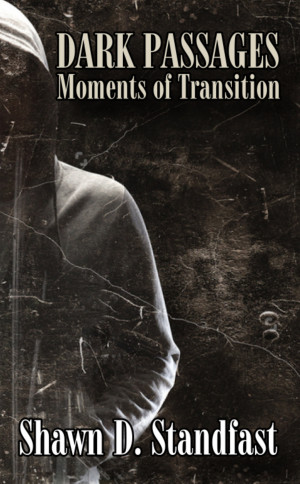 Moonlight thunders past, chasing shadows
The smell of ozone and sulphur fills the air
Ghostly visions begin in euphoric delight
As fragments of misplaced moments converge

Shawn was born in 1966 on an island in Northern Ontario, Canada. His early years were spent without running water, indoor plumbing and electricity. Shawn began reading to pass the long summer days and cold winter nights. He has fond memories of reading in the silence of the rural countryside and listening to old time radio shows through a crystal radio late at night.

After relocating to the United Kingdom in 2005 Shawn began writing again and entering poetry contests. For five years running one of his submissions was chosen for his local library poetry contest until its demise in 2018. "Dark Passages" is a selection of the poetry he has written while in the UK.

You have subscribed to alerts for Shawn D. Standfast.

You have been added to Shawn D. Standfast's favorite list.

You can also sign-up to receive email notifications whenever Shawn D. Standfast releases a new book.