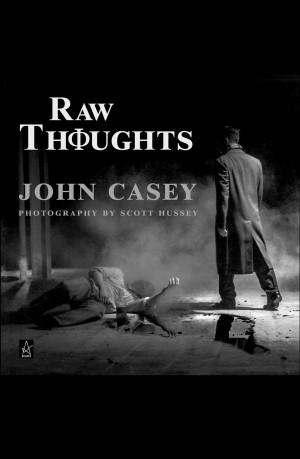 John Casey grew up in New Hampshire and graduated from the U.S. Air Force Academy in 1992. He earned an MA in International Affairs from Florida State University in 1994, then began his flying career as a tactical airlift and developmental test pilot. Casey left the cockpit in 2005 to work as an international affairs strategist and diplomat at the Pentagon in Washington, D.C., embassies in Germany and Ethiopia, and at Randolph Air Force Base in San Antonio, Texas, where he retired in 2015. Since then, he has focused on his writing. His work has appeared in numerous literary journals, magazines and online blogs. Raw Thoughts is Casey’s first book, and he is currently working on his upcoming novel, Devolution. He is passionate about racquetball and fitness, music, travel and nature, and the human spirit. His writing is inspired by the incredible spectrum of people, places and cultures he has experienced throughout his life.

You have subscribed to alerts for John Casey.

You have been added to John Casey's favorite list.

You can also sign-up to receive email notifications whenever John Casey releases a new book.