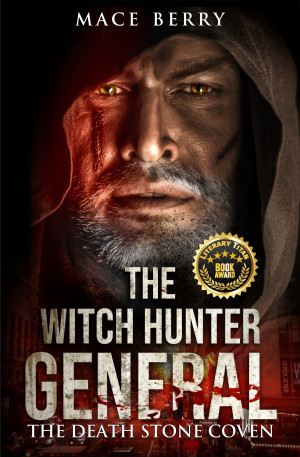 Mace Berry was born and raised in Portland, Oregon and found a love of writing at an early age. With the support of family he continued writing through high school, but the dream at the time was a career in the military. After graduating high school, Mace spent four years in the Army, serving as an infantryman with the 1st Infantry Division (Big Red One). He was stationed in Schweinfurt, Germany and spent most of his weekends drinking too much and writing Warhammer 40k fan-fiction or death metal song lyrics until he deployed to Baghdad, Iraq. After returning from a fifteen month deployment, Mace decided to get back into writing. He loved the gritty dark universe of Warhammer 40k, but fan-fiction had lost its appeal and he wanted to write something original, something of his own. Then an idea struck him and the world of The Witch Hunter General and Inquisitor General Victor Cain were born. Over four years later, after three total re-writes, and two major rounds of editing, the first book was finally complete.

I just finished reading this book and I must say, i would definitely recommend reading it. This isn’t my usual go-to genre, but I was sucked in from start to finish. Will definitely be following for hopefully future books.

You have subscribed to alerts for Mace Berry.

You have been added to Mace Berry's favorite list.

You can also sign-up to receive email notifications whenever Mace Berry releases a new book.