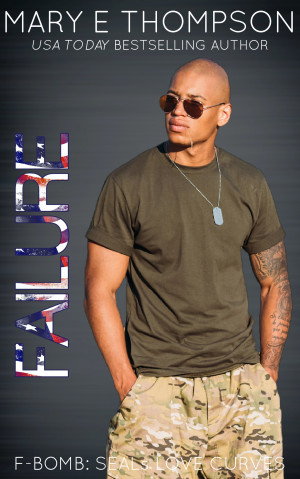 He's a former SEAL who always relied on his instincts, until he was deceived by two people he trusted with his life.
She thought he would be hers forever, but he had other plans. Eighteen years passed, and she built a life without him.
When she discovers her husband's secrets, she turns to the man who left her behind. He can't turn her away, and he can't trust her, but he has to keep her safe. More
Former SEAL Daniel Dunn always relied on his instincts. They never led him wrong, until he was deceived by two people he trusted with his life. Now, Dunn doubts himself at every turn. As the leader, he needs to be in control, but he’s a mess. He wants revenge, and answers, but all he gets is a woman he never thought he’d see again begging for his help.
Ashleigh Edwards never forgot her first love. Once upon a time, she thought Daniel would be hers forever, but he had other plans. Plans that didn’t include her. She moved on and built a life without Daniel, but when she discovers her husband’s secrets, the only person who can keep her safe is the one man who chose his duty over her the last time they saw each other.
Dunn can’t turn Ashleigh away, but he can’t trust her either. When someone else from his past returns, he doesn’t know how to keep Ashleigh safe and take down the man who betrayed him.
Available ebook formats: epub
Price: $4.99 USD
Buy Add to Library Give as a Gift
How gifting works
Create Widget
Tags: alpha male military romance bbw romance second chance romance curvy girl romance navy seal romance bbw fiction curvy girl alpha male romance
About Mary E Thompson

Mary E Thompson grew up loving to read, like a good little girl. Many nights she would fall asleep with the flashlight still turned on as she hid under the covers trying to finish the last few pages of a book. As an adult, the light from her ereader means she doesn't have a flashlight, but she still stays up way too late to finish a book.
When Mary's not reading she's playing with her two kids or living our her own romance novel with her hubby. She has a weakness for chocolate, especially when it's paired with peanut butter, and has been known to have a bad day just because there's no chocolate in the house.
Mary grew up in Buffalo, NY and swears she's the only local to never ski or snowboard. Soccer was always her sports, with a couple adventures white water rafting and skydiving to keep things interesting. Mary moved to South Carolina for college but has missed Buffalo every day, yeah she thinks she's crazy too. Her dream is to move back to her hometown and raise her kids there, close to family and friends.

When everything goes wrong, sometimes you need to drop an F-Bomb.

You have subscribed to alerts for Mary E Thompson.

You have been added to Mary E Thompson's favorite list.

You can also sign-up to receive email notifications whenever Mary E Thompson releases a new book.