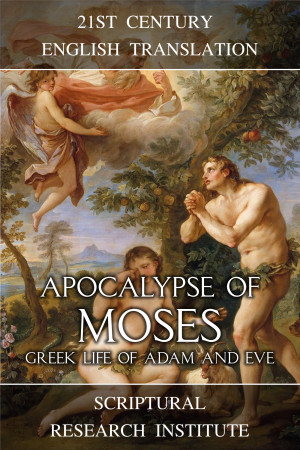 Price: $2.99
$1.99 USD
Buy with coupon Use the code ZN92M at checkout for 33% off
(Offer good through March 01, 2020 )
Have a better coupon?
Add to cart, then apply your coupon
Add to Library Give as a Gift
How gifting works
Create Widget
Tags: moses garden of eden adam and eve adam eve apocalyse

About the Series: The Life of Adam and Eve

The Life of Adam and Eve is believed to have originally been written in Aramaic, sometime during the Second Temple Era, however, no Aramaic copies exist today. It was very popular in the Early Christian era, and quoted by the Apostle Paul, however, never ended up in the Christian Bibles as it was not in the Septuagint, the old Greek translation of the Jewish scriptures done at the Library of Alexandria between 300 and 132 BC. Various versions of the Life of Adam and Eve survive, in Greek, Latin, Armenian, Old Slavonic, and Georgian, and additional works are believed to have been inspired by it, such as the Cave of Treasures, and the Conflict of Adam and Eve with Satan. The Life of Adam and Eve, had influenced both Christianity and Islam, although it is rarely read by either Christians or Muslims today.

Also in Series: The Life of Adam and Eve