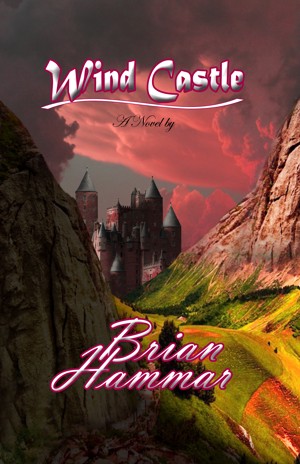 By Brian Hammar
Rated 4.00/5 based on 1 review
A National Weather Service research scientist is obsessed by a strange weather system. He is offered a new job by a man willing to underwrite his research. A tragic expedition thrusts him to a strange land with an unusual nature. All he wants is to study the strange land, but he is pulled into local politics and is called upon to save the land from some of its citizens. More
George Severe leads an expedition to a Colorado mountain top near Durango, Colorado. A tragic incident thrusts him to a strange land where mythical creatures exist, stone is alive, and traditionally incompatible animals and plants thrive harmoniously.

George is drawn into a developing conflict between the leaders of a local village and the suzerain of the land. As much as he tries to focus on his research, he is forced to choose between the villagers he thought had rescued him and the leader of the strange land.
Available ebook formats: epub mobi pdf rtf lrf pdb txt html
First 15% Sample: epub mobi (Kindle) lrf more Online Reader
pdb
Price: $4.99 USD
Buy Add to Library Give as a Gift
How gifting works
Create Widget
Tags: fantasy fantasy adventure fantasy world fantasy adventure books fantasy and science fiction
About Brian Hammar

Brian A. Hammar was born and raised in Lowell Massachusetts. After six years in the Air Force he settled in New Hampshire where he worked as an Engineer and Project Manager in commercial and industrial construction and renovation. During that time he began writing fiction and joined a group of writers known as the Tyngsborough Writers Group at the library in Tyngsborough, Massachusetts. He found the group most helpful for their criticism and encouragement. 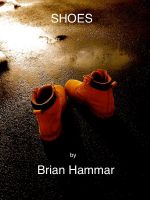 In the first book of his new series, Wind Castle, author Brian Hammar has given us a wondrous new world of imagination. Think of Oz, Narnia, and Middle-Earth, with all their glorious strangeness, and yet their perils and lurking dangers.

In this magical land, many of the creatures of mythology and legend reside: griffins, dragons, unicorns, trolls, even Sasquatches. The land itself is alive, giving sustenance and healing. But of course, there is something wrong in this world that must itself be healed-- before it destroys the land and all that dwell within.

On orders from his boss, George Severe goes looking for this rumored place, and finds it-- and finds a lot more than he ever could imagine. Aided by his crusty, folksy, guide Annie, he's soon embroiled in a battle for the soul of the land and its people. A war is brewing, and George must aid a peaceful, embattled folk who know little of defense or aggression. But George is no warrior-- he must find other means to stop the spreading violence of a charismatic, power-seeking madman.

George falls in love with this marvelous magical place, but he's torn by thoughts of his family left behind. We're with him in this conflict, and want him to succeed, but what will he decide? Will he lose himself in saving others?

There is much to enjoy in this debut novel. We are constantly reminded that we're not in Kansas, that this is a place where different rules apply. It is a fully-fleshed-out fantasy world, and one you might like to visit.

You have subscribed to alerts for Brian Hammar.

You have been added to Brian Hammar's favorite list.

You can also sign-up to receive email notifications whenever Brian Hammar releases a new book.