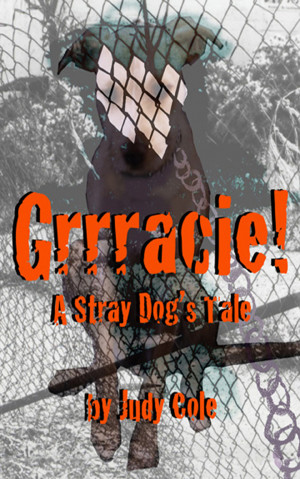 By Judy Cole
Rated 5.00/5 based on 1 reviews
Beaten and abandoned, an urban pup finds herself dumped by the highway in the dead of night. Told in first-canine, Grrracie dishes the details of her harrowing adventure on the run. After landing in an animal shelter, where she’s terrorized by a singing, dancing street mutt (think James Cagney Yankee Doodling his way through “Public Enemy, the Musical”), it looks like all is lost...or is it? More
Beaten and abandoned, when urban pup Grrracie finds herself dumped on the shoulder of a highway in the dead of night, she is totally alone.

Told in first-canine, Grrracie chronicles her harrowing journey on the run, searching for food, water and someplace to call home.

Exhausted and starving, she nearly gives up, but instead, winds up incarcerated in a dreary animal shelter, where she’s terrorized by a singing, dancing street mutt named Alpha (think James Cagney Yankee Doodling his way through “Public Enemy, the Musical”). But eventually, Grrracie gets her happy ending... with a home and a forever family that loves her.

A perfect book for parents to read to younger kids, or older kids to read themselves, Grrracie! is based on a true story (except for the singing dog part).

In honor of stray dogs—and cats!—and the people who adopt them, a portion of all proceeds from the sale of this book will be "dog-earmarked" for contribution to animal charities.

Judy Cole is an author/editor who's worn so many hats over the course of her career, she had to get a bigger closet. Most recently, she's been churning out manna for an eclectic roster of freelance clients, including scripting the bulk of five seasons of “Twice as Good,” an Emmy Award-winning, STEM-centric PBS cooking/travel show for kids. She has just completed her first chat fiction project, "Fatal Consequences" for the Hooked.co app, scheduled for a summer 2018 release. 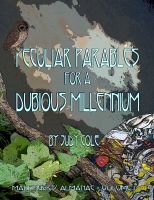 You have subscribed to alerts for Judy Cole.

You have been added to Judy Cole's favorite list.

You can also sign-up to receive email notifications whenever Judy Cole releases a new book.