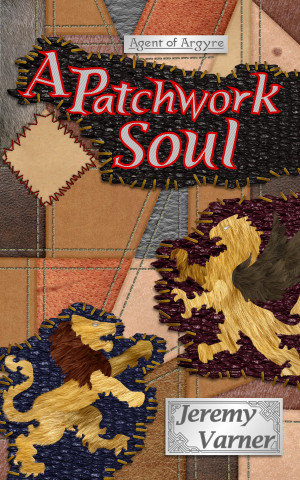 By Jeremy Varner
A monster is preying on the people of Fangtown and someone is trying to keep the ACTF from finding it. More
Seattle’s Fangtown has long been one of the hottest Alter enclaves outside of Argyre. The weather was great for people averse to sunny days, the border was a relatively short drive away, and the city had an underground level that was prime for some subterranean renovations. On any given night you could find everything from Vampires to Trolls wandering the streets. But recently the city became a lot more than a hot-spot: it became a safe haven. A courthouse roof exploded with a rain of glass at just the right time to set off a small political revolution and what used to just be a trendy location was now Alter-kind’s home away from home.

Nathaniel Leone was there to see it happen during his first days as a full-fledged agent. Hell, he was unlucky enough to be standing on the rooftop. But now that everyone else is settling in to their new normal, he can’t help but feel uneasy about it all. It could be a touch of PTSD, a lifetime of changing fortunes, or the fact he knows a man in a glass box who helped orchestrate it all. Whatever it is, Nate’s still waiting for the other shoe to drop.

Unfortunately, Nate might be right to feel uneasy. There have been reports of strange sightings, Alter women have started to go missing, and a brutal murder scene suggests something powerful is at the center of it all. After years of convincing people not to worry about Werewolf attacks, there’s suddenly an actual monster on the loose. And, worst of all, someone’s trying to cover it up.

A longtime fan of science fiction and fantasy, Jeremy Varner has been writing speculative fiction for most of his life in one form or another. First introduced to the genre through his father, a huge fan of sci-fi and fantasy from the days when that wasn’t very cool, some of his earliest memories formed around watching aliens, creatures of legend, and robots of all shapes and sizes. It wasn’t long before Jeremy wanted to create his own worlds and tell his own stories. From fan-fiction to original works that he dare not ever show the public, Jeremy’s childhood notebooks were littered with fantastic worlds inspired by the works of greats.

It was during a particularly rough time that Jeremy realized that he didn’t want to just dream anymore. After years of treating it as his secret, geeky hobby, Jeremy eventually decided to take his work professional and bring his own quirky brand of world building to the real world he was often escaping. Shards of Glass, originally released in 2011, was his debut novel and the first book of the Agent of Argyre series – a series he hopes will someday inspire someone else to take the same journey.

About the Series: Agent of Argyre

The world changed when the Alters revealed themselves. Suddenly, creature of myth were real. Now, they need a new form of police to maintain the peace.

Also in Series: Agent of Argyre

You have subscribed to alerts for Jeremy Varner.

You have been added to Jeremy Varner's favorite list.

You can also sign-up to receive email notifications whenever Jeremy Varner releases a new book.