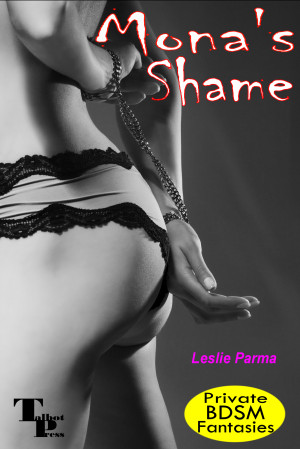 Who Reads My eBooks?

I realized that, as a writer, I was being given access to story ideas that people would probably not admit to loved ones. These were fantasies that people keep to themselves. They were ashamed or felt guilt about them. They were about taboo sex acts and scenes. Most who wrote me relished sex scenes where the victim was being debased and reduced to a state of abject humiliation. Punishment scenes turned them on, but what really mattered was the victim's shame and humiliation. The more exactly specified the depths could be... the better. They wanted the protagonist in the story to be reduced to the lowest sexual position. To be reduced to an object… a sex object. They liked graphic sado-masochistic scenes featuring punishment, discipline, torture culminating in sexual humiliation and degradation.

Who Is Leslie Parma?

P.S. Write and tell me your fantasies; and you may see them in an eBook.

You have subscribed to alerts for Leslie Parma.

You have been added to Leslie Parma's favorite list.

You can also sign-up to receive email notifications whenever Leslie Parma releases a new book.