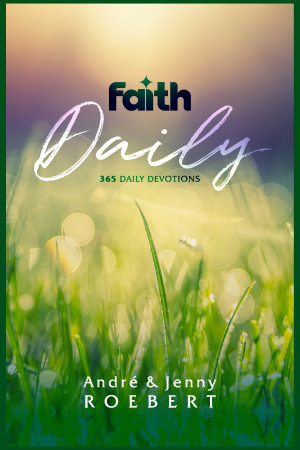 Dr. André Roebert has been in ministry since 1991; André married Jenny in March 1992 and together they served first as Youth Pastors, and later on became District Pastors to assist the Senior Pastors at Good News Church in King Williams Town (Eastern Cape, South Africa).

In 1996 God started to birth a deep desire for the outpouring of the Holy Spirit in both André and Jenny and they started Revival South Africa, an itinerant ministry that travelled from town to town throughout South Africa, out of which The River Church and Ministry was birthed in 1998 in East London. Just two years later God led them into the first of many business ventures and a 55 000 square meter (670 000 square foot) building was purchased that would become the headquarters of the River Group today.

Dr. André and Jenny are the Founders and Presidents of the River Group, comprising of over 47 different companies and ministries. With the group's own church, media center, three satellite channels, terrestrial broadcasts, a satellite radio channel, The River Hotels Group, multiple associated ministries and a humanitarian aid division in full operation, they are able to touch millions of people with the gospel of Jesus Christ.

As part of the group, and key to spreading the gospel is Faith Broadcasting Network, comprising of multiple channels - satellite, terrestrial and digital - broadcasting the message of hope across the world. Drs. André and Jenny, together with many other people that share a heart for reaching the lost preach the Gospel of Jesus Christ both effectively and efficiently across the nations of the world. The entire continent of Africa is reached through FaithAfrica (satellite), GoTV and DTT, as well as digital platforms such as AmazonFire, Roku and AppleTV. The same message is also streamed live via the Internet and the FaithApp, easily downloadable from the AppStore and GooglePlay by anyone with a smart device. Through these broadcasts, a partnership following of hundreds of thousands around the world, as well as several web broadcasts are now literally taking the gospel to the ends of the earth 24/7.

It is truly a story of grace and God's love for His children that drives both Dr's André & Jenny to continue to do all that He has lead them to do, as they remain humble to fulfil His purpose of seen the lost come to Him until that great day of His return.

You can also sign-up to receive email notifications whenever Andr&eacute; Roebert releases a new book.