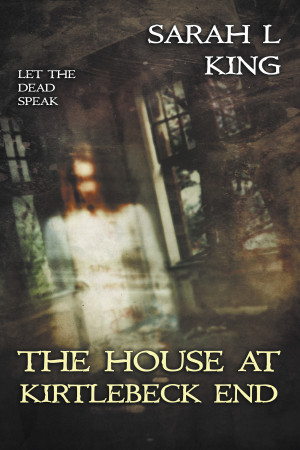 The House at Kirtlebeck End

In 1972 artist Eleanor Murray starts afresh in Kirtlebeck with her husband, Bert, and daughter, Anna. Still reeling from Bert’s recent infidelity, Eleanor’s hopes of happiness in their rural idyll are swiftly consumed by depression and despair. Then, just months after their arrival in the village, Bert goes missing.

In 2018 Eleanor’s estranged granddaughter, Harry James, arrives in Kirtlebeck after inheriting the Murray family home. Desperate to put her chequered past behind her, Harry is determined to learn about the family she never knew and to discover what happened to her mother, Anna, who vanished without a trace years ago.

As the story moves between the decades, secrets are unearthed and the dead begin to speak. Alone in the big old house, Harry learns that nothing is quite as it seems, and that behind a family history filled with strange disappearances lurks an otherworldly tale of darkness, obsession, and vengeance.

Sarah L King lives in West Lothian, Scotland, with her husband and young children. Born in Nottingham and raised in Lancashire, her books include the historical fiction novels, The Gisburn Witch (2015) and A Woman Named Sellers (2016), both set during the Lancashire witch trials in the seventeenth century. Ethersay is her first contemporary novel, and was inspired by the seismic shift in the Scottish political landscape which occurred in 2014, and its impact upon ordinary lives.

Aside from history and politics, Sarah loves long country walks, romantic ruins, Thai food and spending time with her family.

You have subscribed to alerts for Sarah L King.

You have been added to Sarah L King's favorite list.

You can also sign-up to receive email notifications whenever Sarah L King releases a new book.