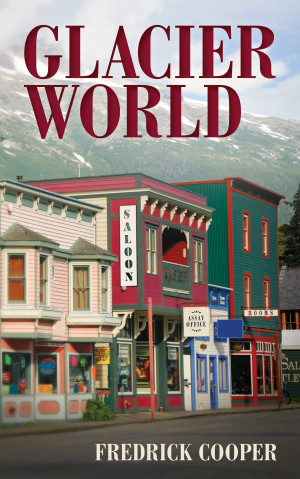 Fredrick Cooper is an award-winning author, environmental engineer, a native of the Pacific Northwest and a member of the Shoalwater Bay Indian Tribe. In addition to being a writer, he spends his spare time on his boat cruising in Alaska and British Columbia or in his workshop where he expresses his creativity through traditional Native American woodcarving. He is a member of the Pacific Northwest Writers Association and Oregon Authors and currently working on a second sequel to his Earl Armstrong series. His debut novel, Riders of the Tides, was recognized with: a 2013 IPPY award for Best Regional Fiction: West-Pacific Region; a 2014 Beverly Hills Book Award finalist in the new fiction category; and Honorable Mention in the 2014 Hollywood Book Awards General Fiction category.

You have subscribed to alerts for Fredrick Cooper.

You have been added to Fredrick Cooper's favorite list.

You can also sign-up to receive email notifications whenever Fredrick Cooper releases a new book.