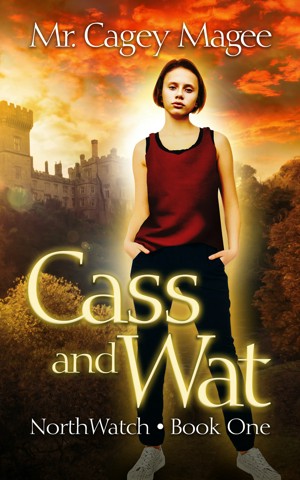 Author, editor, teacher, virtuoso, Mr. Cagey Magee, graduated from modestly bookish, obnoxious kid to obsessive young-adult reader at around the age of eleven. He lived not far from an excellent library filled with novels that led him to faraway universes and fascinating people. He devoured them—the novels, not the people—and soon became obsessed with writing his own horror, young adult, mystery-thriller, and coming-of-age stories.

Cagey’s first novel came in at the size of two long books. He quickly learned the error of his ways when he needed to print the thing out and carry it. His current novels are more compact but still a little offbeat. He inevitably falls in love with his characters and really hates to kill them. For Cage, the near future holds infinite marvels. No one is all good or all bad. He loves them for who they are and where they go next, and hopes his readers will hang in there for the bumpy ride.

A funny, fast-moving, action-packed series of young adult coming-of-age mystery/thrillers that take place in the near future.

You have subscribed to alerts for Cagey Magee.

You have been added to Cagey Magee's favorite list.

You can also sign-up to receive email notifications whenever Cagey Magee releases a new book.