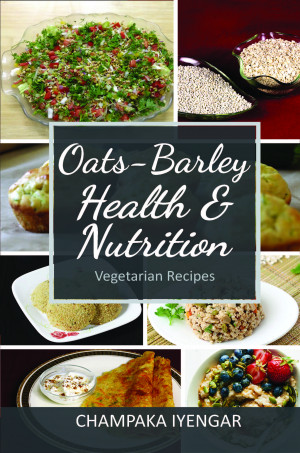 Champaka Iyengar a resident of Mumbai, India is an avid cook. She is accomplished in vegetarian cooking and specialises in pickles and chutneys. A winner of several cooking contests, she has regularly contributed to cooking articles in various newspapers and magazines like Mid-day, Femina, Eves Weekly, Savvy etc. She has also conducted several cooking demonstrations.

Champaka’s winning entries in contests have included delectables such as ‘Double Decker Sandwich Icecream’, ‘Stuffed Potatoes’, and ‘Carrot Jamuns in Cardamom Milk’. She has featured in the “Personal Choice’ section of Eves Weekly magazine, where she presented many recipes from her Mysorean Vegetarian Delights collection.

Champaka is a science graduate from Mysore University and Rashtrabhasha in Hindi. She has learnt Carnatic vocal and Violin. She is a proud mother and grandmother - she has a daughter, two sons and four grandchildren.

Besides cooking, Champaka’s other interests includeClassical music, gardeningand travelling. She hails from a family of well-known writers; her uncleDr.MastiVenkatesh Iyengar was a Jnanpith award winner and her sister is a National award winner. Champaka has written several pieces of literature herself, both in English and Kannada. Her prize-winning articles on growing old with joy and pride include such titles as ’Growing Old’ and ‘No Age Bar for Learning’.

Champaka’s interest in health and nutrition has motivated her to write this book using oats and barley, targeted especially for diabetics and obese people.

You have subscribed to alerts for Champaka Iyengar.

You have been added to Champaka Iyengar's favorite list.

You can also sign-up to receive email notifications whenever Champaka Iyengar releases a new book.