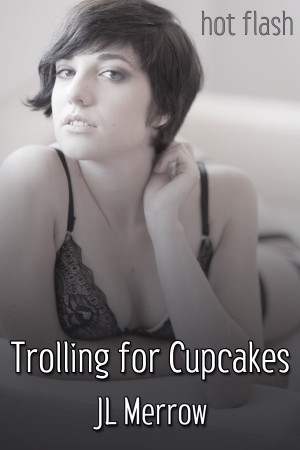 Lonely troll Granita may be more bluster than bite, but if Billie can't persuade the comely colossus of the copse to accept another form of currency, her sweet treat could cost her an arm and a leg -- literally! She'll have to hope she can find something even sweeter with which to tempt her Titan.
Available ebook formats: epub mobi pdf lrf pdb txt html
First 20% Sample: epub mobi (Kindle) lrf more Online Reader
pdb
Price: $0.99 USD
Buy Add to Library Give as a Gift
How gifting works
Create Widget
Tags: lesbian
About JL Merrow

JL MERROW is that rare beast, an English person who refuses to drink tea. She read Natural Sciences at Cambridge, where she learned many things, chief amongst which was that she never wanted to see the inside of a lab ever again. Her one regret is that she never mastered the ability of punting one-handed whilst holding a glass of champagne.

She writes across genres, with a preference for contemporary gay romance and mysteries, and is frequently accused of humour. Her novel Slam! won the 2013 Rainbow Award for Best LGBT Romantic Comedy, and her novella Muscling Through and novel Relief Valve were both EPIC Awards finalists.

Reviews of Trolling for Cupcakes by JL Merrow

You have subscribed to alerts for JL Merrow.

You have been added to JL Merrow's favorite list.

You can also sign-up to receive email notifications whenever JL Merrow releases a new book.