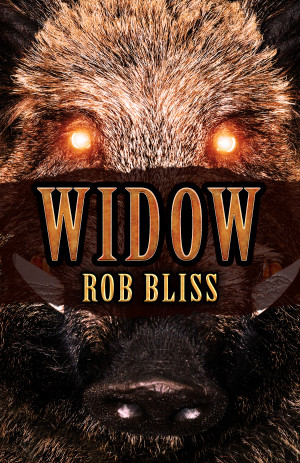 They never know why they’re being hunted. All they can do is run away from the constant threat until, hopefully, it gives up the chase … or they find a savior who can either end it, or help them to fight it forever."

Rob Bliss was born in Canada in 1969. He has lived an horrific comedy of a life.

He watched half of his family die before he reached the age of twenty, with the other half absent. He is very familiar with coffins and graves, funerals and unholy weddings. He has held dozens of mindless jobs such as eating-while-driving courier, chain-smoking catering delivery driver, oyster boy, burned burger flipper, sleepy grass cutter, accident-prone car parker, illiterate baker's assistant, idiot construction worker, truth-telling salesman, lazy security guard, acrophobic roof cleaner, and many others. He hates work (except for writing) and always will.

He has an honours degree in English and Writing from York University, Canada. He has fifty stories published in thirty web-based magazines, plus two anthologies. He is the winner of SNM Magazine’s Author of the Year for 2013. He has read thousands of books in all genres and is never without a book by his nightstand.

'CUT' is his first novel.

You have subscribed to alerts for Rob Bliss.

You have been added to Rob Bliss's favorite list.

You can also sign-up to receive email notifications whenever Rob Bliss releases a new book.