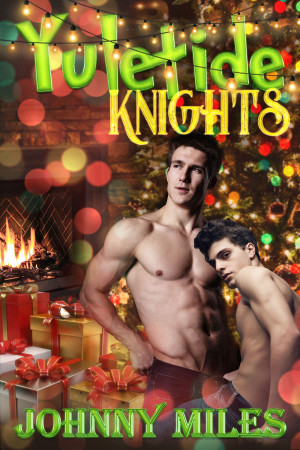 Despite the fact that he enjoys being dominated by his Alpha lover, a former political science professor, and activist, has difficulty coping, and accepting, his sexual submissiveness. More
Inner peace is possible when we surrender to who and what we truly are.

After being arrested for protesting at a rally, activist and political science professor, Michael Cooke, meets police officer Beauregard Isiah Guilford. Beauregard is a walking wet dream—the type of man that makes Michael swoon. All it takes is a single look, a touch, a kiss, and Michael is a quivering, cowering mess.

There’s only one problem. The butch, gruff and muscular Alpha top’s ability to showcase Michael’s submissiveness fills him with shame. Unable to accept his role in the bedroom, no matter how fulfilling it might be, Michael breaks up with Beauregard, only to learn that he can run, but he can’t hide from his own truth… no matter where he is, or how far he runs, Michael isn’t complete unless he’s with the one man who unleashed his inner whore.

The two men cannot seem to stay away from each other. Michael must learn, and accept, when it comes to sex, being a sub is nothing to be ashamed of—or risk losing Beau forever. Just when it seems all may be lost, an unexpected visit from Santa—yes, the real Santa—helps them realize magic can be had, but only if they believe.

After several decades of working varied careers—from typesetting/graphic design to massage therapy, customer service, and copywriting—Johnny's first full-length novel, Casa Rodrigo, was released in 2008. It was later produced as a dramatic audio play available on Audible. The controversial story was followed by Lauderdale Hearts, Learning To Samba and The Rosas of Spanish Harlem. Described as porn noir, Rosas was quickly followed by Christmas Baby, The Last Stop: USA, and the Yuletide Knights series. His latest, Café y Chocolate, was self-published February 2019 and is available for Amazon Kindle, as well as in trade paperback. Johnny lives in Fort Lauderdale with his husband of 23 years and two loving pugs.

About the Series: Yuletide Knights

You have subscribed to alerts for Johnny Miles.

You have been added to Johnny Miles's favorite list.

You can also sign-up to receive email notifications whenever Johnny Miles releases a new book.