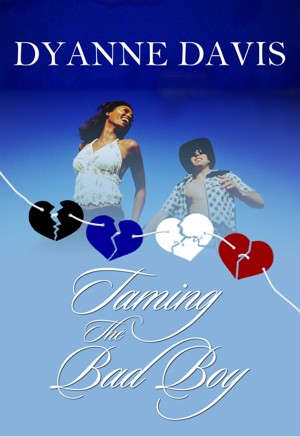 By Dyanne Davis
A very long.....short story. This is a story told from the male pov. A known bad boy, Jackson Terrell has left a string of broken hearts in his wake. Then of course come the day when he meets the woman who rocks his world, Jade Black, and gets a taste of his own medicine.

Will love really change the color of a bad boy's heart?

Award winning author, Dyanne Davis lives in a Chicago suburb with her husband Bill, and their son Bill Jr. She retired from nursing several years ago to pursue her lifelong dream of becoming a published author.

An avid reader, Dyanne began reading at the age of four. Her love of the written word turned into a desire to write. Her first novel, The Color of Trouble, was released July of 2003. It won her an Emma for Favorite New Author of the year. The book was re-released by Genesis Press Feb 09

Her second novel, The Wedding Gown was released in February 2004 and was chosen by Blackexpressions as a monthly club pick. The book was an Emma finalist in March 2005 for Steamiest Romance, and for Book of the Year. The Wedding Gown was also a finalist for Affaire de Coeur Reader’s poll. Since then her books have consistently made finalist. With 15 novels in print, The Critic released in May 08 was a 4 ½ stars Top Pick and was nominated for Romantic Times award for Best AA Romance Book of 2008. Dyanne is also published in Love Stories Magazines.

Dyanne has been a presenter of numerous workshops. She hosts a local cable show, The Art of Writing, in her hometown to give writing tips to aspiring writers. She has guests from all genres to provide information and entertainment to the audience. She has hosted such notables as USA Today Best Selling erotica author, Robin Schone and New York Times bestselling author of the vampire huntress series L. A Banks.

Dyanne writes under F. D. Davis for her new vampire series and ALL paranormal works. Her first vampire novel, In the Beginning was released in June of 2007 the second in the series, In Blood we Trust was released in November of 2008. Lest Ye Be Judged was released in 2010 and is available on Amazon and Barnes and Nobel.

When not writing you can find Dyanne with a book in her hands, her greatest passion next to spending time with her husband Bill and son Bill Jr. Whenever possible she loves getting together with friends and family.

A member of Romance Writers of America, Dyanne served two terms as Chapter President for Windy City. Dyanne loves to hear feedback from her readers. You can reach her at davisdyanne@aol.com. She would love for you to visit her website and sign her guest book. www.dyannedavis.com Http://dyannedavis.blogspot.com Her alter ego ADAM OMEGA can be reached at adamomegavampire@aol.com His web address: www.adamomega.com 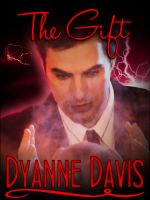 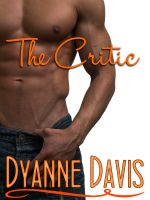 You have subscribed to alerts for Dyanne Davis.

You have been added to Dyanne Davis's favorite list.

You can also sign-up to receive email notifications whenever Dyanne Davis releases a new book.