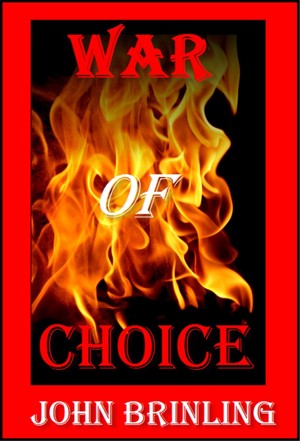 By John Brinling
Rated 5.00/5 based on 2 reviews
A reluctant extraterrestrial holds sway over war and peace when drawn into the Machiavellian politics of a warmongering White House. An FBI agent, his daughter and girlfriend must survive the murder and mayhem that ensue, and convince the ET to help them prevent a war with North Korea.

I was born in Pittsburgh, Pa. on June 8, 1936. I grew up in Pittsburgh and didn’t leave home until I was 21 and heading off to graduate school at the University of Illinois in Chicago. I’ve attended multiple universities: Duquesne, U. of Illinois, U. of Pittsburgh, Columbia. And I have a B.S. in Pharmacy and an M.S. in Pharmacology. I was married in 1975 and have one daughter.

I have been writing all of my life. I wrote my first novel when I was sixteen. “Black Dawn.” It dealt with segregation and the KKK. Whatever happened to it I don’t know.
Since then, earning a living has preempted long periods of my life when I wrote very little. My wife and I are both in data processing (IT nowadays) and we usually work long hours when we are on a contract, which meant I spent little time writing fiction when gainfully employed. The birth of my daughter offered me another excuse for not writing, but that’s what it was: an excuse. Writing is hard. But it’s in my DNA and I keep returning to it, despite some part of me that prefers the lazy life. However, not writing is unthinkable, and I am constantly exploring ideas even when I’m not committing them to paper.
I lived and worked in Europe for seven years. I met my wife In Italy where we both worked for the same company, and were married in 1975. The contract we were working on ended that year and we took two years off to live in England, in a 300 year old farmhouse in Wiltshire. It was in that farmhouse that I wrote “The Ghost Of A Flea,” as well as another book titled “Quarantine,” which is a science fiction thriller.
“The Ghost” has a strong autobiographical component. I was a programmer/analyst. The office ambience in the novel is similar to life in my New York office, although the intrigues were of an entirely different nature. I had a good friend who lived in Sparta. I lived for a time near the George Washington Bridge. The building manager was an Irishman, who became a good friend, and an integral character in the book.
“Quarantine” is set in East Africa, where my wife and I vacationed, and I drew liberally on what we read, saw, and experienced.
I had an agent back then who marketed both books, and came very close to selling them to both Doubleday and St. Martins. Unfortunately he died before completing the sale and I put the books on a shelf and forgot about them for 35 years. Only this year did I resurrect them and publish them on Amazon’s Kindle and Smashwords.
In 1977, my wife and I returned to the states and founded our IT consulting firm, Brinling Associates. For the next fifteen years we worked hard building our business. I wrote one novel during that time, a book titled “Alone,” which dealt with a man in an irreversible coma who is aware of what is happening around him, but is unable to communicate with the real world. I thought the book was lost, but have just recently found a hardcopy of the book and have begun reworking it..
In 1990, during a down period in our business activities, I wrote several other novels which I am attempting to bring out of retirement. These novels were also put on the shelf when circumstances re-ignited our business opportunities. One book – “The Watcher,” an occult horror thriller – is already self-published. The other is a much larger work, a rural mystery series tentatively titled “The Valley Mysteries” set in Vermont, that I’m still working on.
As you can see, writing books is one thing, marketing quite another. I am perhaps the world’s worst marketer, which helps explain why my writings have spent most of their lives on a shelf in my home in Vermont staring out at me asking “Why am I here?”
For the past few years I have been writing screenplays, which are more bite-sized writing efforts. I have done fairly well in some contests, but am still waiting to be discovered. The small royalty checks I earned from Amazon this year are the only money I’ve ever earned from my fiction writing.
My writing is pure escapism. When I sit down to write, I embark on an adventure. I let things happen and I let the characters be who they are. Since I strongly avoid outlines, I am as surprised by events as I hope the reader is. Pulling together loose ends is a subject for revision, which I do endlessly. This undoubtedly makes for more work and takes me longer to “finish” something, but it seems to be the best, the only, way for me. It is the candy bar just out of reach that keeps me at the keyboard.
My background illustrates my chaotic approach to life. I have been at different stages a pharmacist, a pharmacologist, a tech writer, a programmer/analyst, a business consultant, a business owner, a teacher, a novelist and a screenwriter. At one time I thought it perfectly acceptable, if not desirable, to change jobs/professions every year or so. I didn’t worry about the future, assuming I would always find a way to muddle through.
I’m still muddling through. 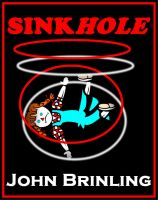 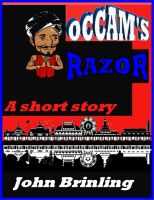 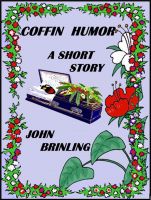 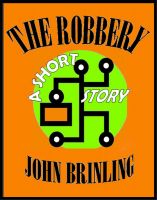 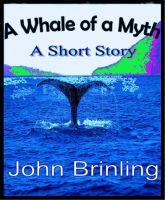 Wonderful story! I am not normally a SciFi fan but having read another of this author's books, "Death in the Arena", I decided to give this a try. The plot is as much political intrigue as it is sci fi. Lots of action and dialogue and the screenplay formats allows you to creat your own visuals with a little assistance. This makes it a fast moving book. I promise you won't be bored!

I would love to read a sequel!!!

We first meet FBI Agent Adam Zorn when he and his partner along with 2 border guards are using a infrared camera and night vision monitor to watch 3 armed Mexican men who are attempting to sneak across the U.S. border from the Texas desert. As they are watching them all of a sudden one by one they just abruptly disappeared! The next day in the daylight as they were searching the area where the 3 men disappeared from, the only thing left of them were their footprints in the sand and a half-eaten candy bar still in it's wrapper which hopefully had fingerprints.

In addition to that mystery, Zorn's daughter Jane, who is a MIT oceanography student, has asked for his help. A Professor who Jane had accompanied on a research cruise had artifacts stolen the day they returned from the cruise, the break in/robbery occurred at the university's storage facility. What concerned Jane about the theft was that one of the artifacts stolen was an item nicknamed "Neptune". "Neptune" was a very important discovery and she couldn't understand why Dr. Watts would conceal the theft.

Then in addition to all of that, there is a lot of tension between the U.S. and North Korea and there is a growing possibility of a war with them. There is also someone or something targeting for assassination, officials and supporters of the U.S. President's Administration. Zorn, Samantha (his fiancee) and Jane are all right in the thick of all the action!

There was plenty of pulse-pounding, page turning action in "War Of Choice"! I was immediately drawn into the story and I didn't want to even watch TV, I just wanted to keep reading this book! I had a very hard time putting this book down. I think that this book would make a great movie, and I think that the actor Thomas Gibson(Hotch on Criminal Minds) would be great for the role of Zorn!

My reading habits are the same with my Kindle as they were when I read regular books, in that when I find an author whose book I enjoy I tend to read as many books as I can by them.
I have read a number of books by this author and "War Of Choice" is hands down, without a doubt my favorite book now of his, I truly think this may be one his best ones so far. I loved, loved this book!!! So if you have never read a book of his before, give this one a try, and if you've read one of his before and you didn't care for it, go ahead and give this book a try. :)

You have subscribed to alerts for John Brinling.

You have been added to John Brinling's favorite list.

You can also sign-up to receive email notifications whenever John Brinling releases a new book.