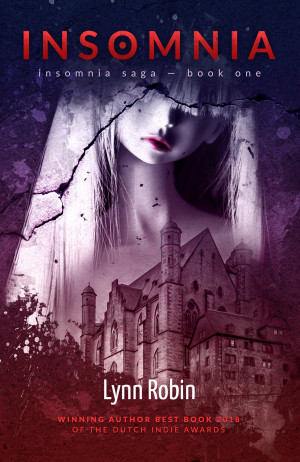 By Lynn Robin
Jodi Collins is a Sleepwalker; attacked and marked by a Nightprowler 5 years ago, she now works for the Summoners, the worldwide army that has been battling the Nightprowlers for centuries. They hire her to defeat one too dangerous for an average human to fight. Unable to refuse, Jodi sets out to find it—but help comes in the form of arrogant Kay Somnus, a young Summoner who hates Sleepwalkers. More
"I caught my reflection in the mirror and looked at the girl staring back at me. Long, brown hair, falling over thin shoulders; tanned skin; green eyes; arms wrapped in bandages, hiding scars.

And at once, I was able to see what everybody else saw.

I had become the monster of fairytales. A creature that was feared, and had to be locked away forever."

Jodi Collins is a Sleepwalker.

An outcast. A pariah.

Five years ago, she was attacked by a creature darker than shadows, a demon without a face, a monster hungry for her body: a Nightprowler.
A nightmare that comes to life as soon as the sun sets, drenching the world in darkness.

When a Nightprowler attacks you, two things can happen: it will either claim your body to use as a host, or it will mark you as a Sleepwalker.

Sleepwalkers are feared and despised, believed to conspire with the Nightprowlers and threaten mankind.

Stigmatized by the telltale scars of the Night, Jodi and her parents were forced to move to the slums of Reid, where the alleys are filled with vagrants during the day, and Nightprowlers during the night. No school or employer would have her.
And her parents blamed her for destroying their life.

Now seventeen years old, Jodi is working for the Summoners—the worldwide army that has been battling the Nightprowlers for centuries—who hire her to defeat a Nightprowler that lures countless of victims into its castle while disguising itself as a human; a Nightprowler too dangerous for an average human to fight. It seems like it can only be defeated by another creature of the dark: a Sleepwalker.

Unable to refuse this mission and the money it will earn her, Jodi sets out to find the Nightprowler—but not on her own.
Help comes in the form of the arrogant Kay Somnus, a young Summoner disgusted by Sleepwalkers. And yet, they have to find a way to combine their forces and exorcize this Nightprowler.

Jodi’s future depends on this mission—but what does Kay expect to gain from it?

A castle of darkness and storms, filled with whispers and skulls.
Secrets will be revealed. Lives will be changed.
Neither Jodi nor Kay will ever be the same.
This book is not currently available in any format because it has not yet been released—available 2020-02-11.
Price: $4.99 USD
2020-02-11
Pre-release
This book will be available
February 11, 2020
Add to Library
Create Widget
Tags: action magic young adult dark fantasy demons monster exorcism horror fantasy yafantasy insomnia saga
About Lynn Robin

Born and raised in the historical city of Leiden in the Netherlands, she has felt the urge to write stories ever since she was little—preferably ones with ghosts and other spooky things (probably because her parents let her watch Stephen King film adaptions when she was nine).

She made her debut in 2017 with her Dutch series entitled the Schimmenwereld Serie (the Phantom World series), containing six books about ghosts, angels, demons, music, dance, and art. She won the Best Book of 2018 award with the fourth installment, Schimmendroom (Phantom Dream), chosen by the jury of The Dutch Indie Awards.

In 2019 she debuted internationally in English with her short story JODI COLLINS, which is a prequel to the anticipated 2020 release INSOMNIA, the first book in the Insomnia Saga.