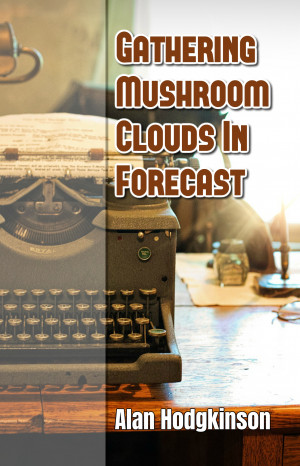 At sixteen I was in a serious car accident which my father blamed on me, and I paced up and left home. I became footloose and fancy-free, transferring from one school to another and working various and sundry jobs around California though the Sixties. My childhood mentor, a neighbor who worked for United Press International told me once that since I was so fond of my paperboy job, I should consider a newspaper career when I grew up. He said that the industry is overrun with those who would sell their own mother downriver for a good story. Someone of such upstanding character and integrity as myself, would be a credit to the Fourth Estate he flattered me.

I took to heart his encouragement. I did love my paperboy job. Becoming a newspaper reporter some day, had the natural feeling of graduating from the school of paperboy. On the other hand I thought, who would want to work daily in the slightest union with a bunch of bottom dwellers, those who would as much stoop to sell their own mother downriver for a story? It turns out, as one major life event after another befalls me over the years, a newspaper career seems fitting.

Meanwhile, between my many paycheck endeavors, I hawked newspapers on the street from LA to 'Frisco.

I've published many short stories and four books. A Sniper's Sun will be my fifth. I have an MFA education in Creative Writing from Colorado State and taught writing and literature at university level. I currently am working on a sixth book, and volunteer to facilitate writing workshops for war veterans in my home of New Mexico.

You have subscribed to alerts for Alan Hodgkinson.

You have been added to Alan Hodgkinson's favorite list.

You can also sign-up to receive email notifications whenever Alan Hodgkinson releases a new book.